Located in Mayfield, Central London, a former post office set the stage for the very first European Alexander Wang flagship store. Behind the renovated original façade, the three floors were stripped to the core and connected through a central void, creating a visual relationship and opening up the space, adding a sense of grandeur.
Starting from the existing building structure, the interior design concept creates a powerful and sober space defined by primary architectural elements: a strict grid of columns, beams and in-wall niches clad in silver travertine. The structural grid is reflected in the floor finishes, highlighting the projection of the beams in dark grey concrete with terrazzo flooring in between. In opposition, elegant, curved and continuous chrome tubes define part of the display fixtures in combination with a composition of black platforms with rounded edges and tactile surfaces. The substantial and monolithic spatial forms are softened by a sculptured staircase and curved display fixtures that give the space a strong physical expression.

Interior design elements explore the contrasts and contradictions between materials: the physical discrepancies between the rough, expressive and industrial materials mentioned above, is combined with soft and delicate finishes in order to create a sophisticated, elevated and yet unexpected atmosphere. As an example, black rubber and stingray embossed leather were used for the staircase and cabinetry, while grey suede was used for display surfaces. The flagship store features a luxurious material palette that presents furniture and fixtures that sit somewhere between contemporary art, modernist sculpture and classic furniture.Loose furnishings are an integral part of the architecture and atmosphere, a combination of custom-designed furniture by Alexander Wang and Vincent Van Duysen, along with the re-edition of 1970s Italian design by Gianfranco Frattini and the sculptural works of artists Ben Storms and Gerard Kuijpers. The London flagship is a fusion of Alexander Wang’s signature industrial athletic style with the craft and material richness of Vincent Van Duysen. 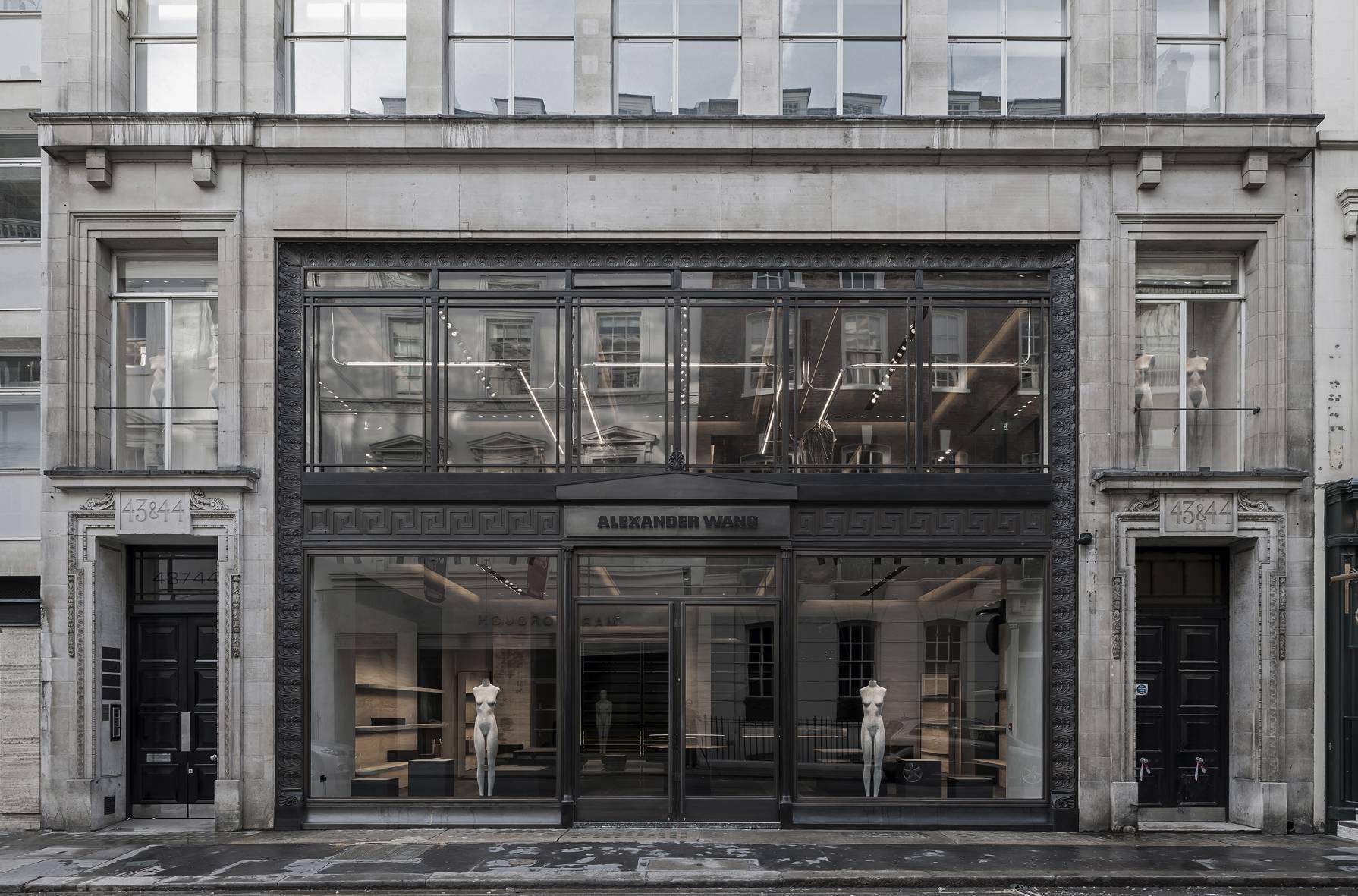 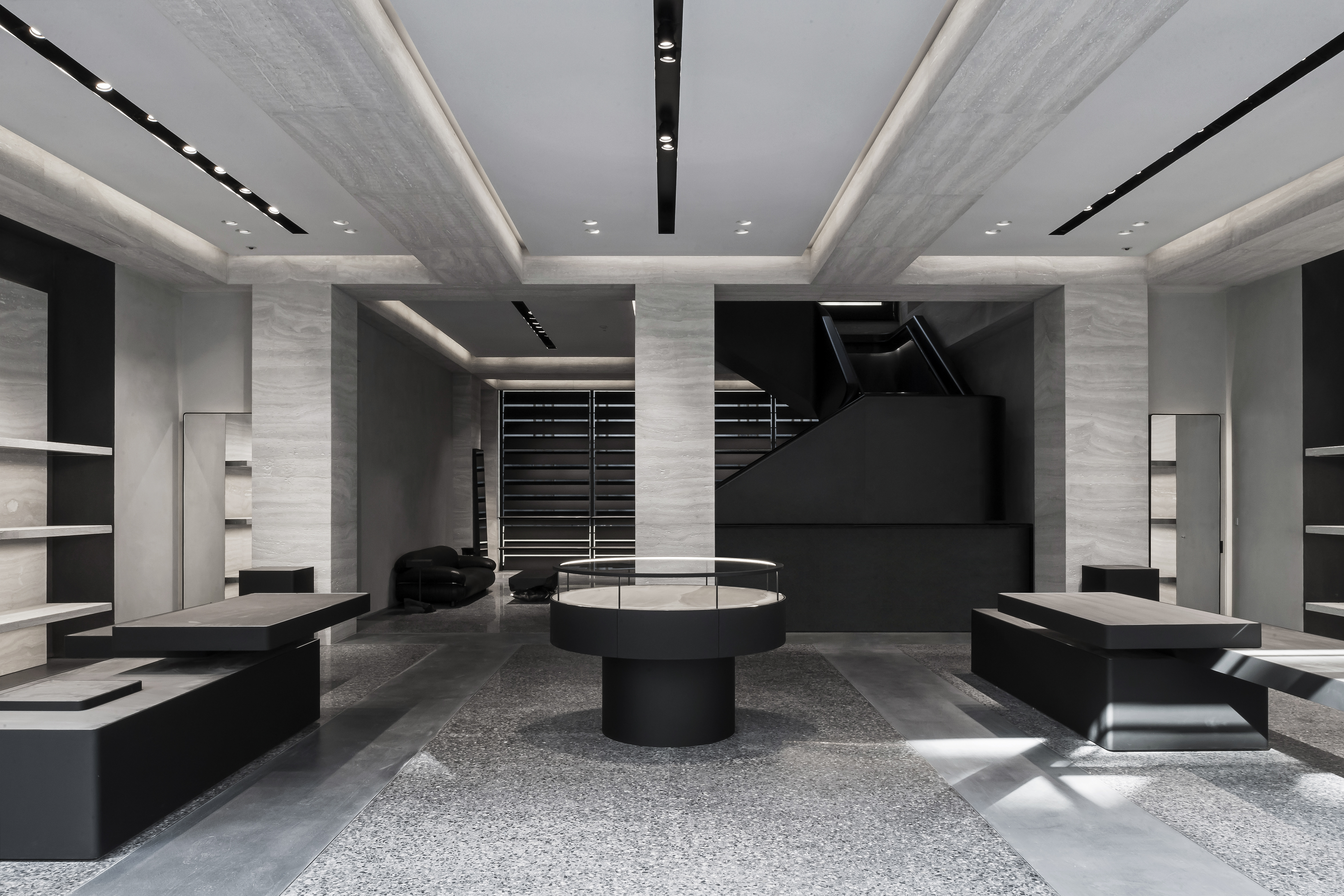 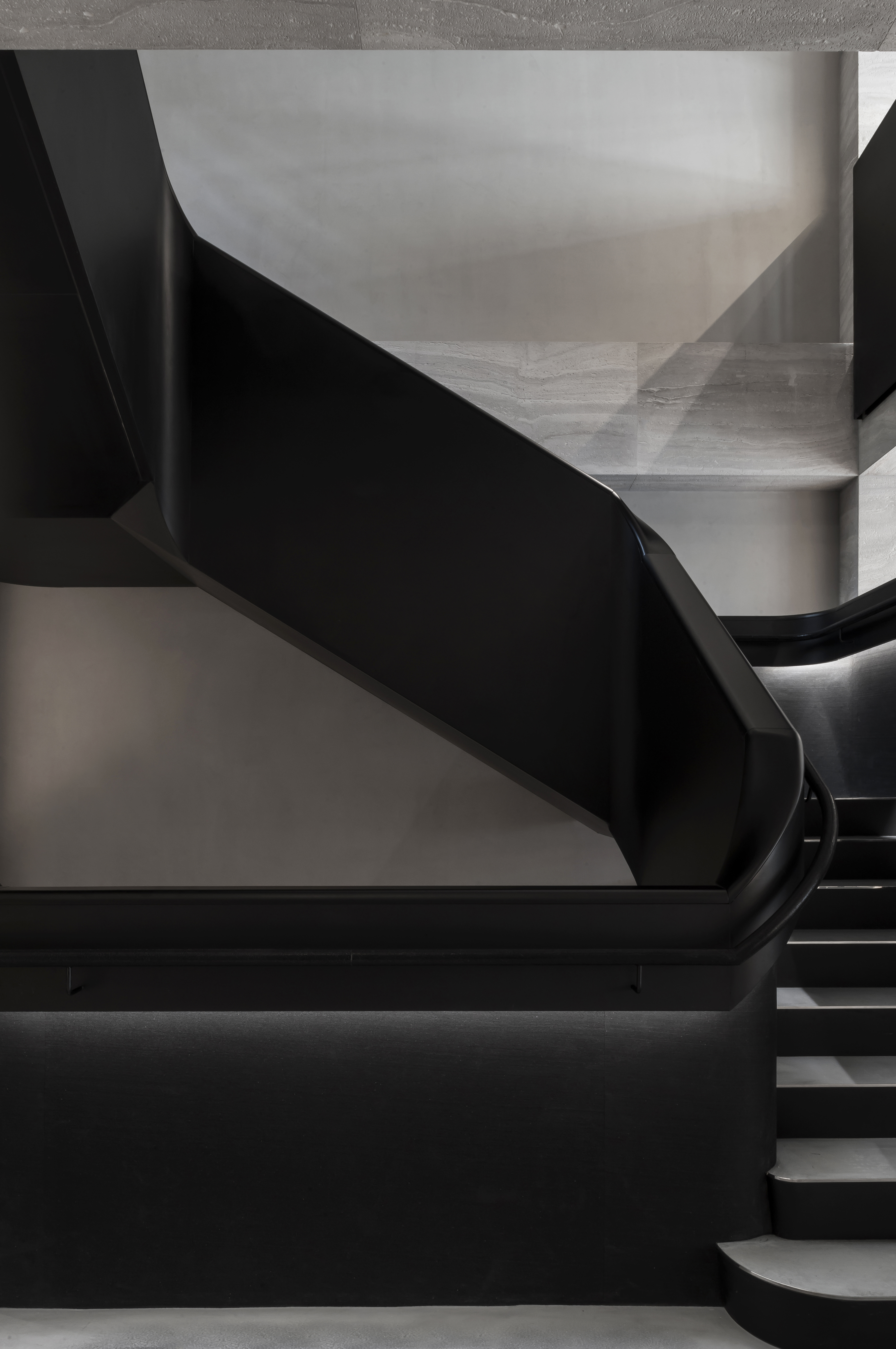 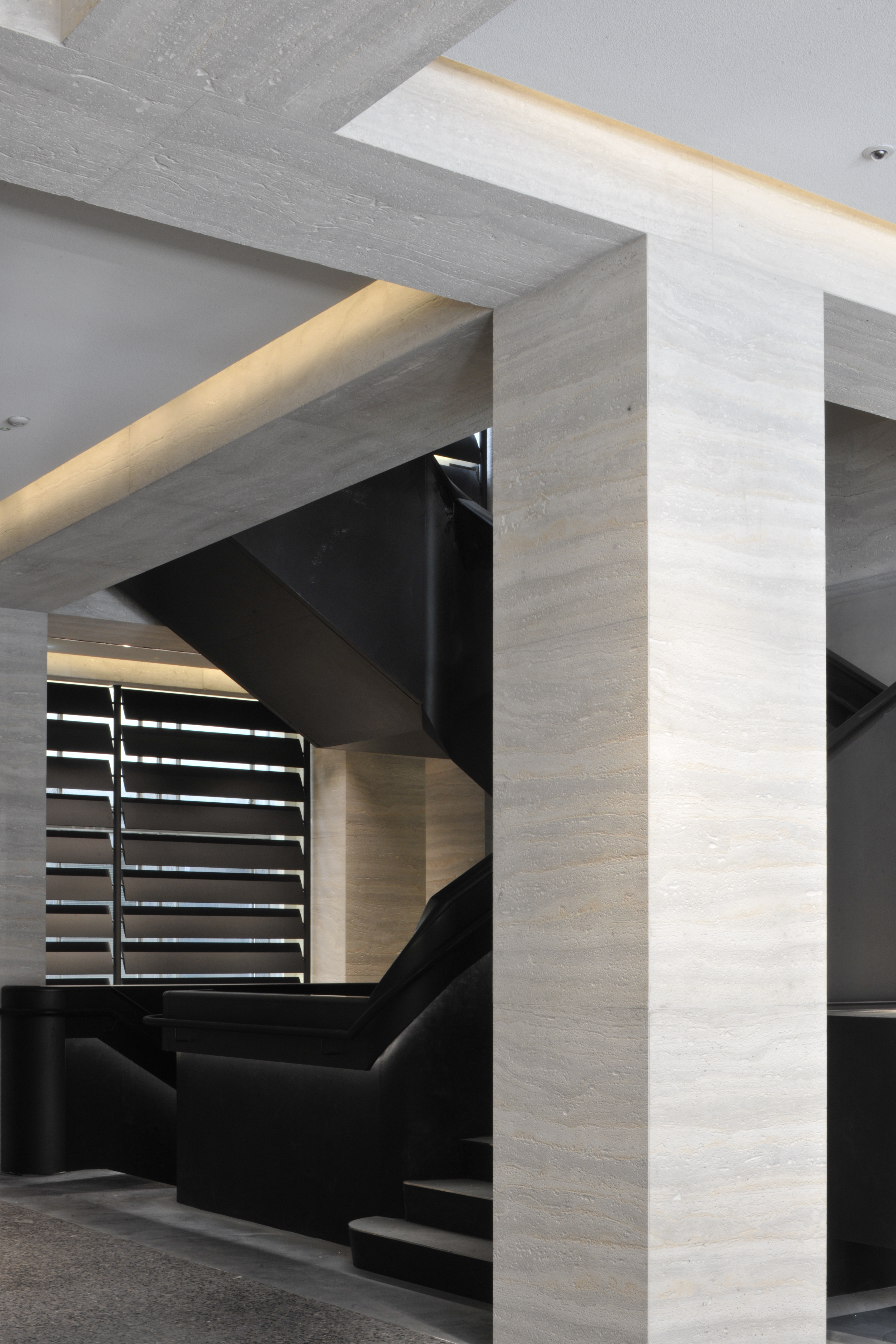 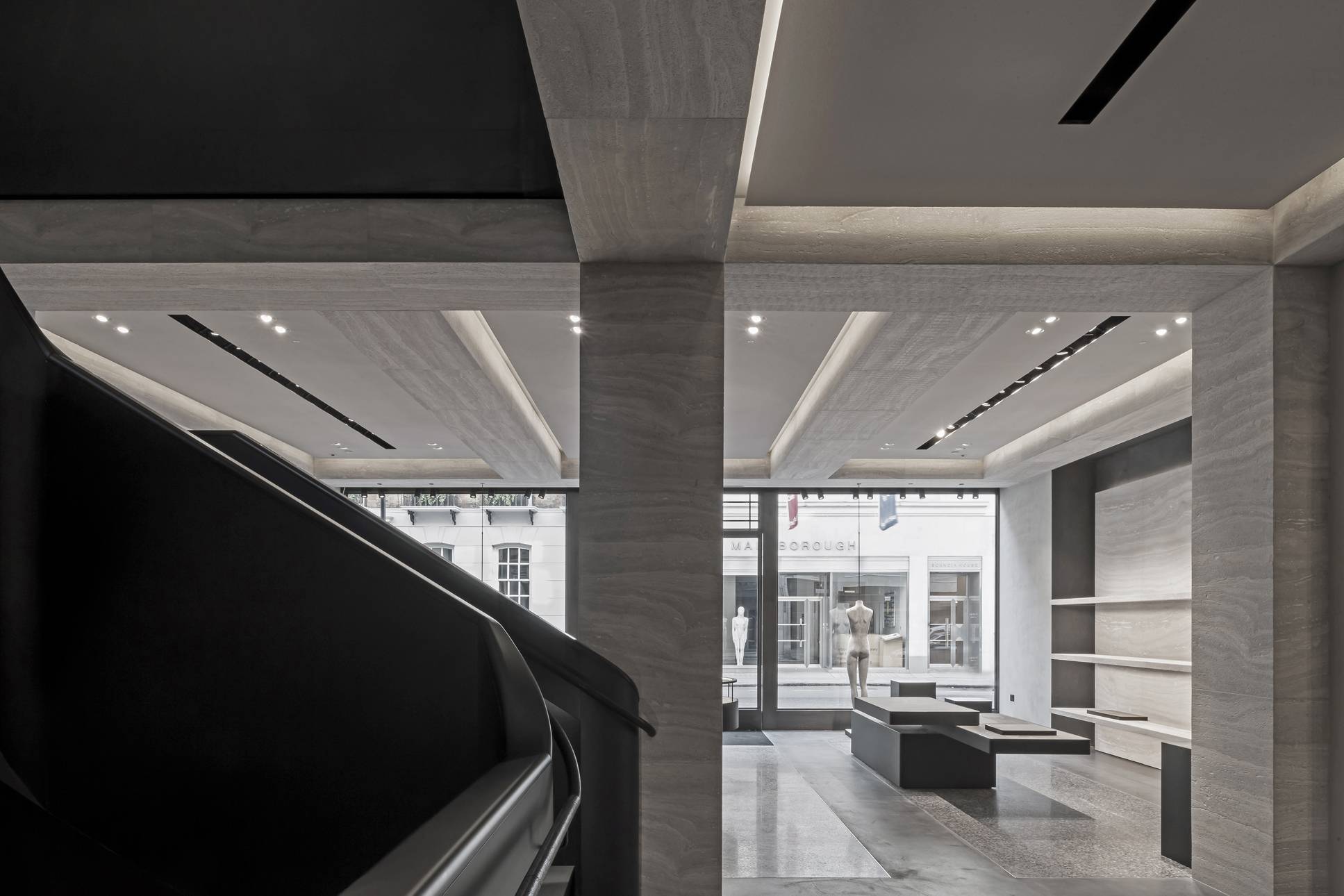 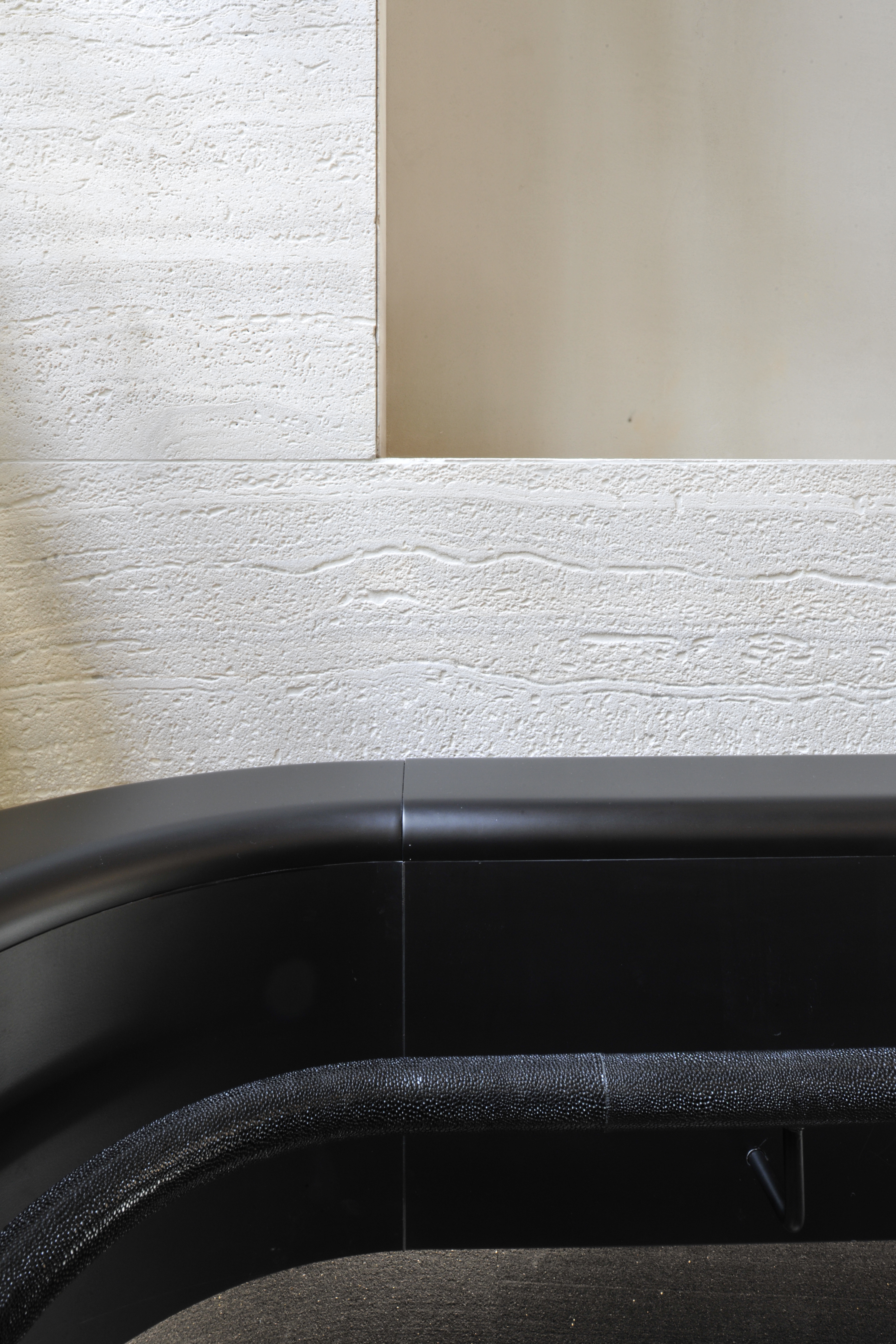 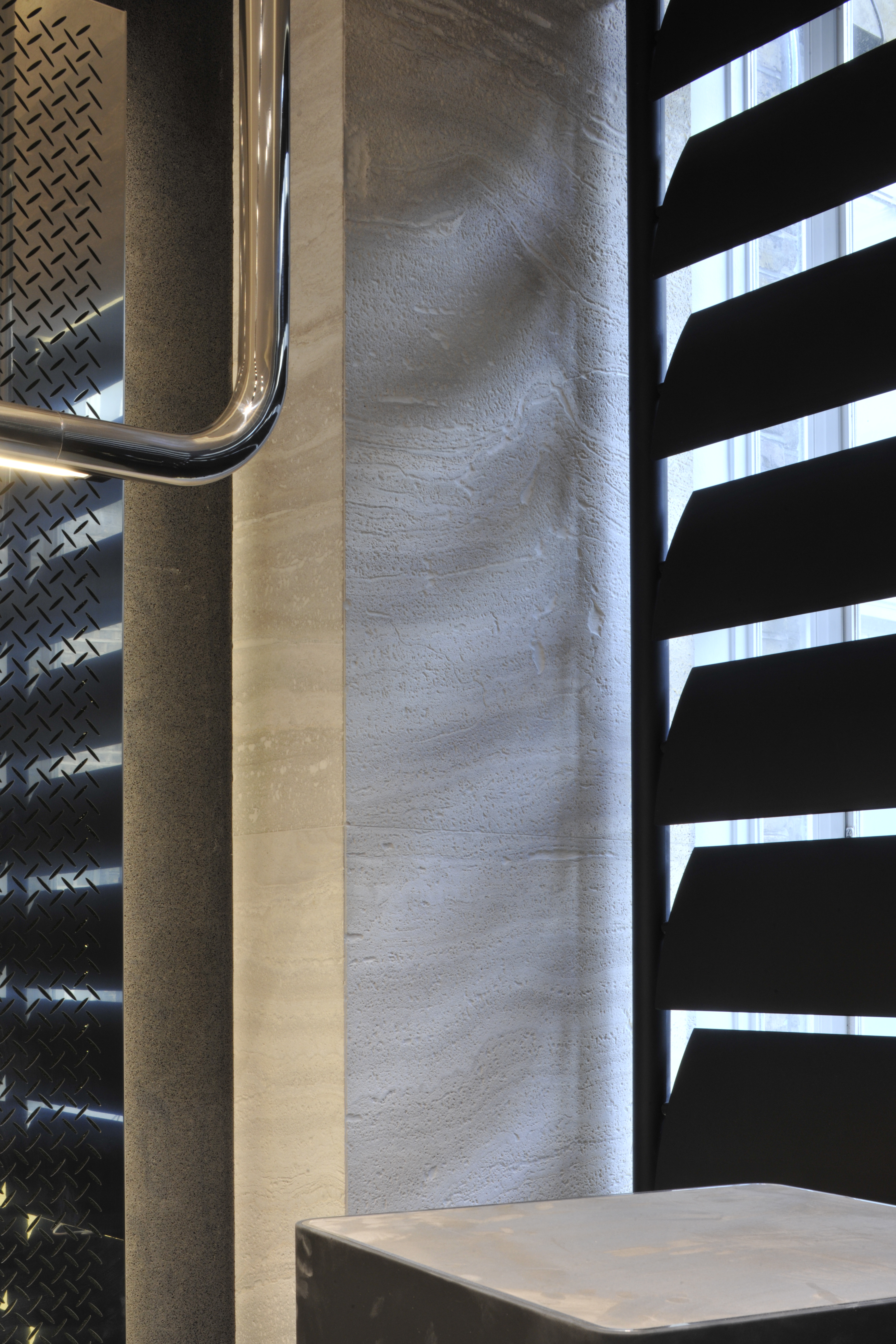 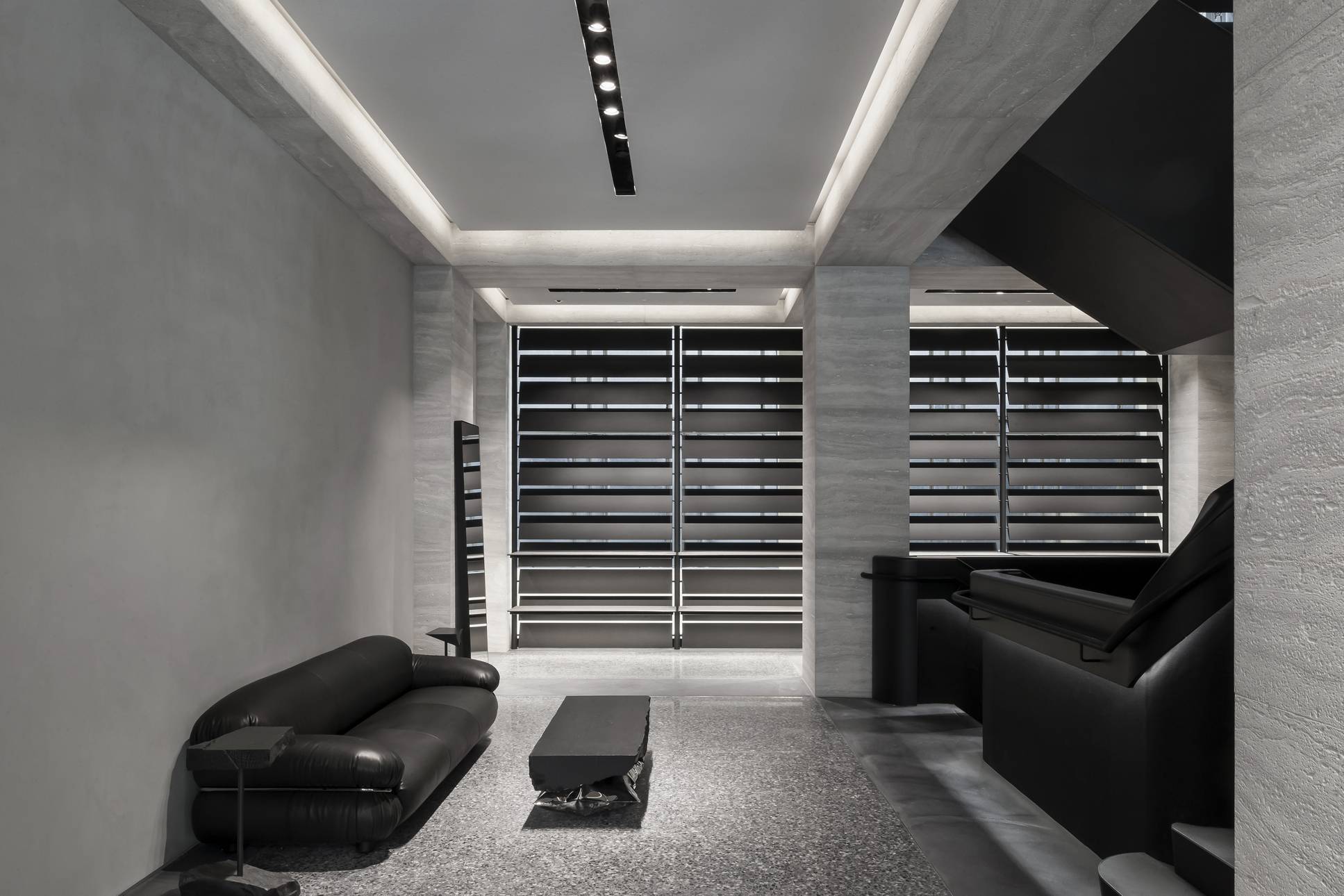 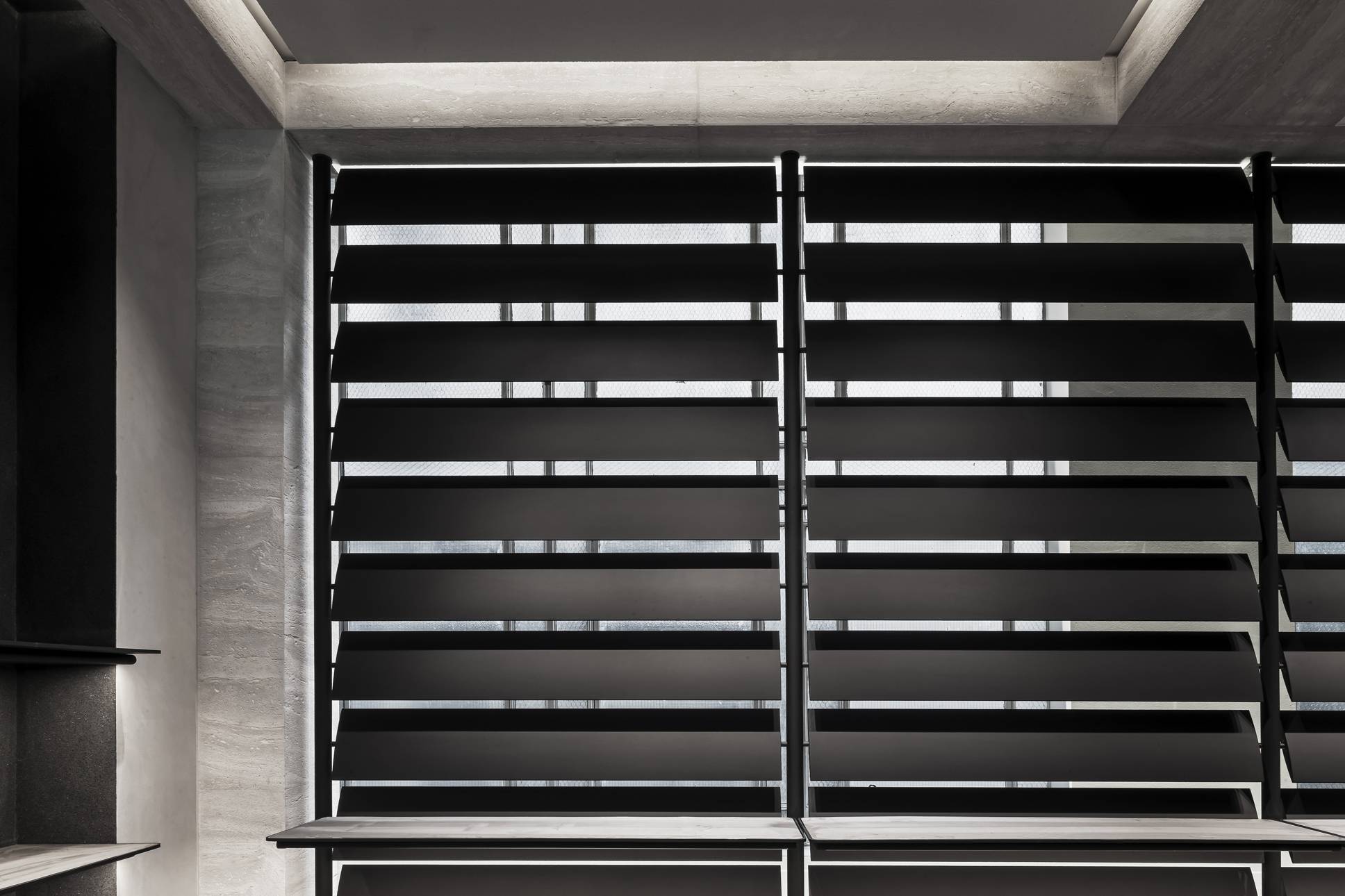 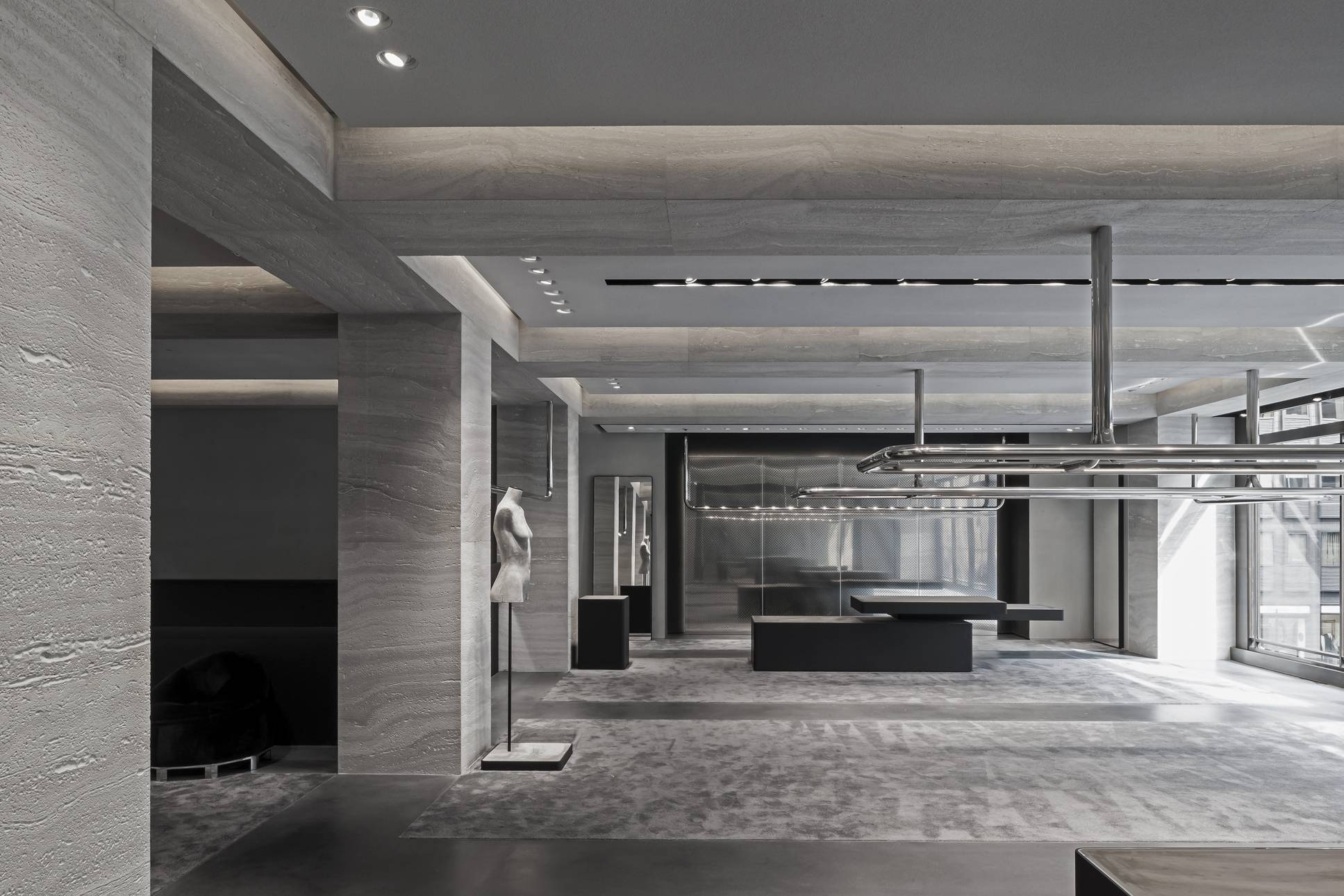 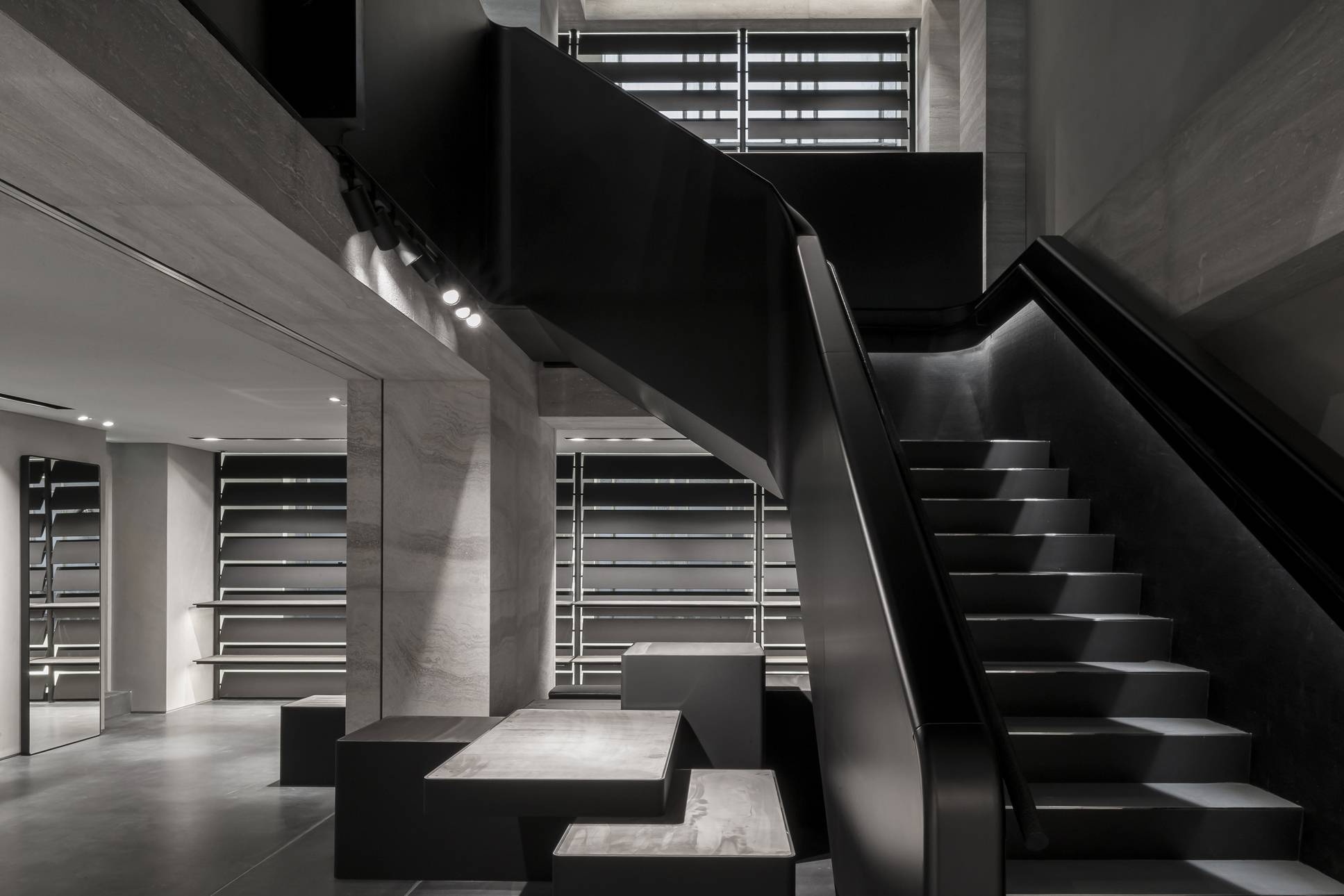 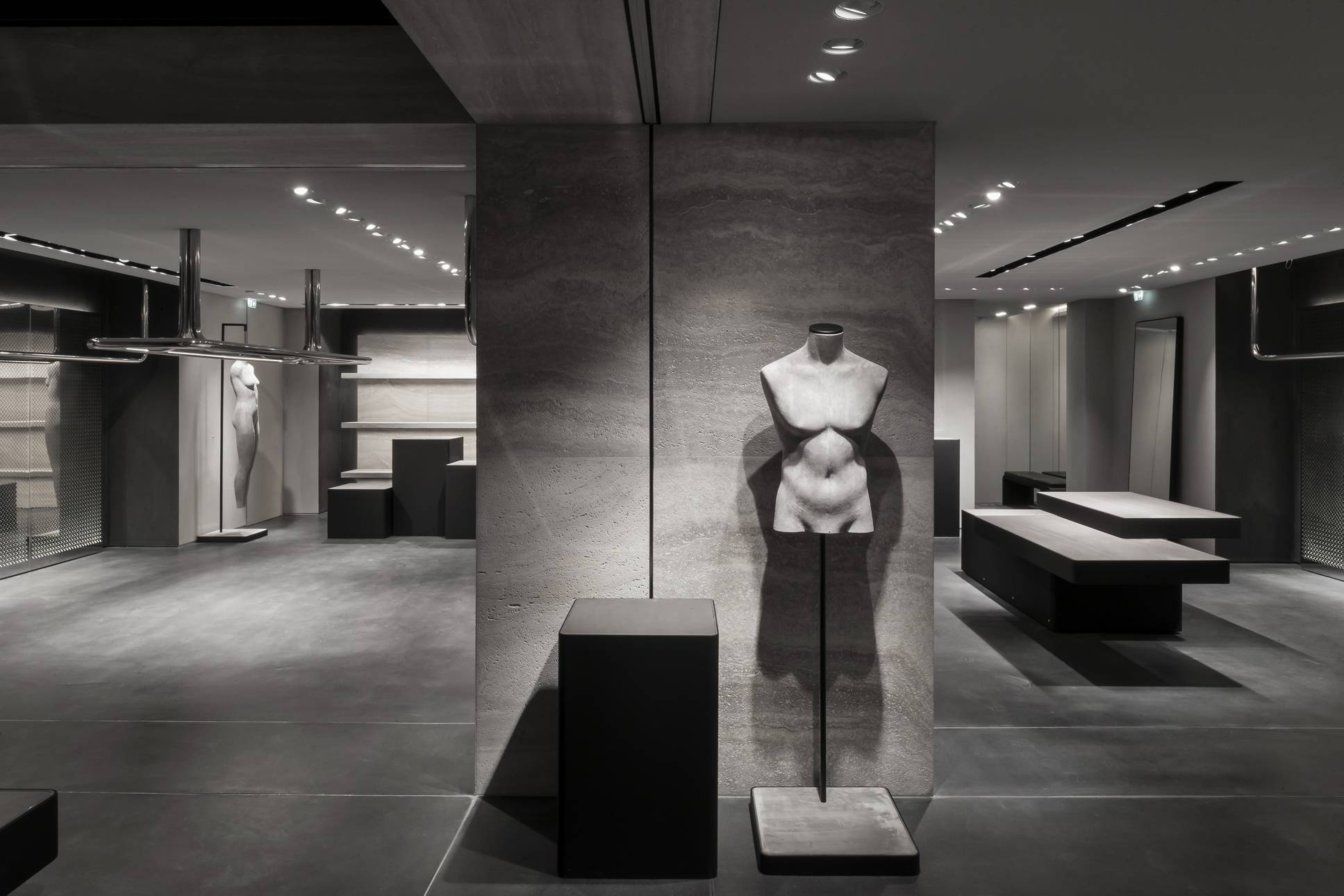 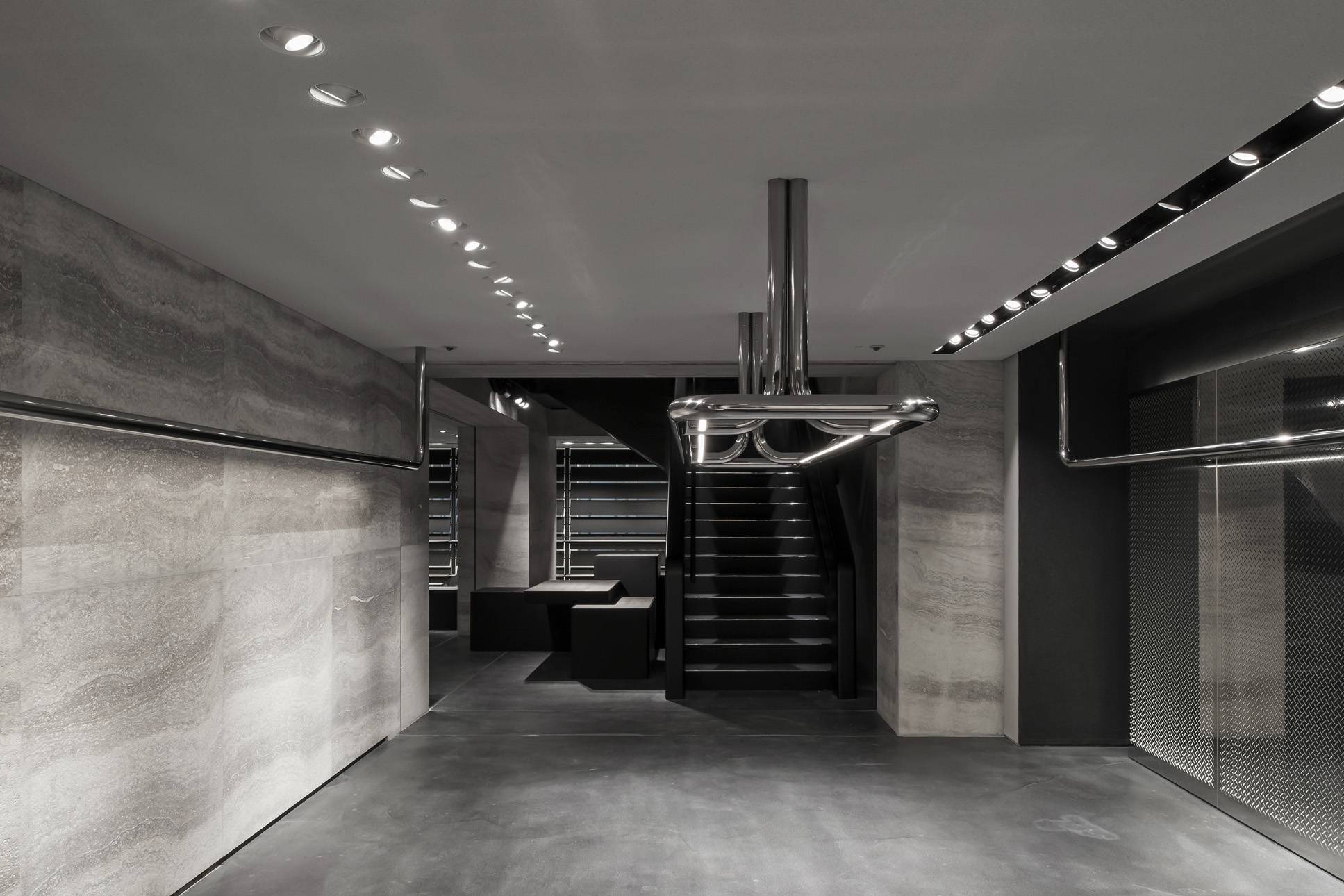 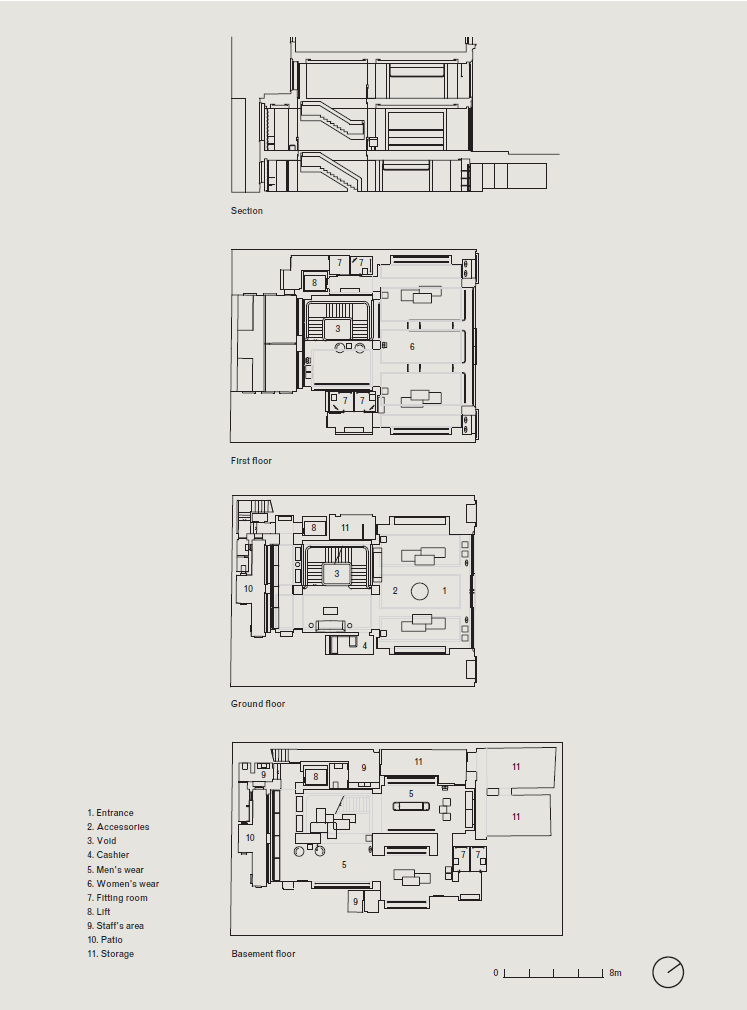