On the edge of the town of Tienen is a tree-rich site which belonged to an old boarding school. Since the boarding school had been closed the area was derelict end awaiting a new purpose.

Local Council decided to undertake the development of a new residential project of about 180 living units, divided in 5 different building types. The aim was to create residential units in close harmony with the surrounding nature and using the benefits of the sites sloping terrain.

Vincent Van Duysen Architects made a concept proposal for two types of dwellings, called ‘boslofts’ and ‘atletiekwoningen’. The first type is an urban dwelling situated in a forest, the second type is a terraced house which has a view over the running track.

For the ‘bosloften’ VVDA proposed to group the dwellings in clusters of three; each dwelling on its own level, partly submerged into the existing slope. This way the dwellings were concentrated on the site, thus keeping as many trees as possible, and with the added benefit of preserving the open views and unity of the forest. The spaces formed between the units themselves result in interesting private areas with different views onto the surrounding site. The units are designed as brick boxes with a narrow functional zone at one side, so that future clients can organise the spaces according to their specific situation. The roof of this brick box, on which the entry is situated, can be a carport, covered terrace, or green roof.

For the ‘atletiekwoningen’ the terraced houses are designed as a residential wall next to the track. The difference in height between the front and back of the houses makes it possible to have an open carport or play area on the lower level, which can make a visual connection with the track area due to its’ open character. Above the entrance floor there are two more floors, a ‘belle étage’ (first floor) with the living areas overlooking the track. The second level contains the night areas. However, all spaces are designed to be interchangeable. The units have a green roof with the possibility for a private terrace with wide views over the surrounding terrain. 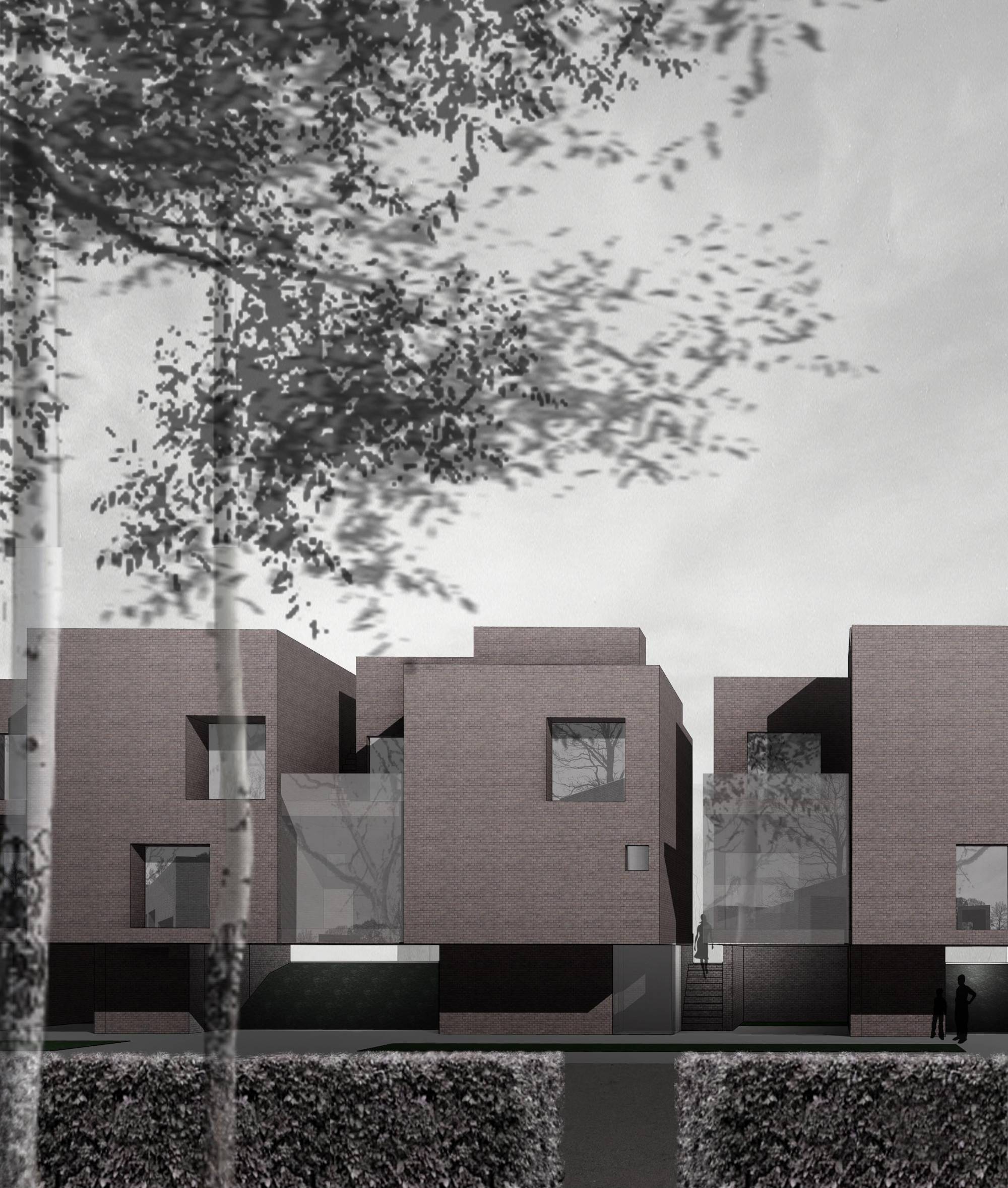 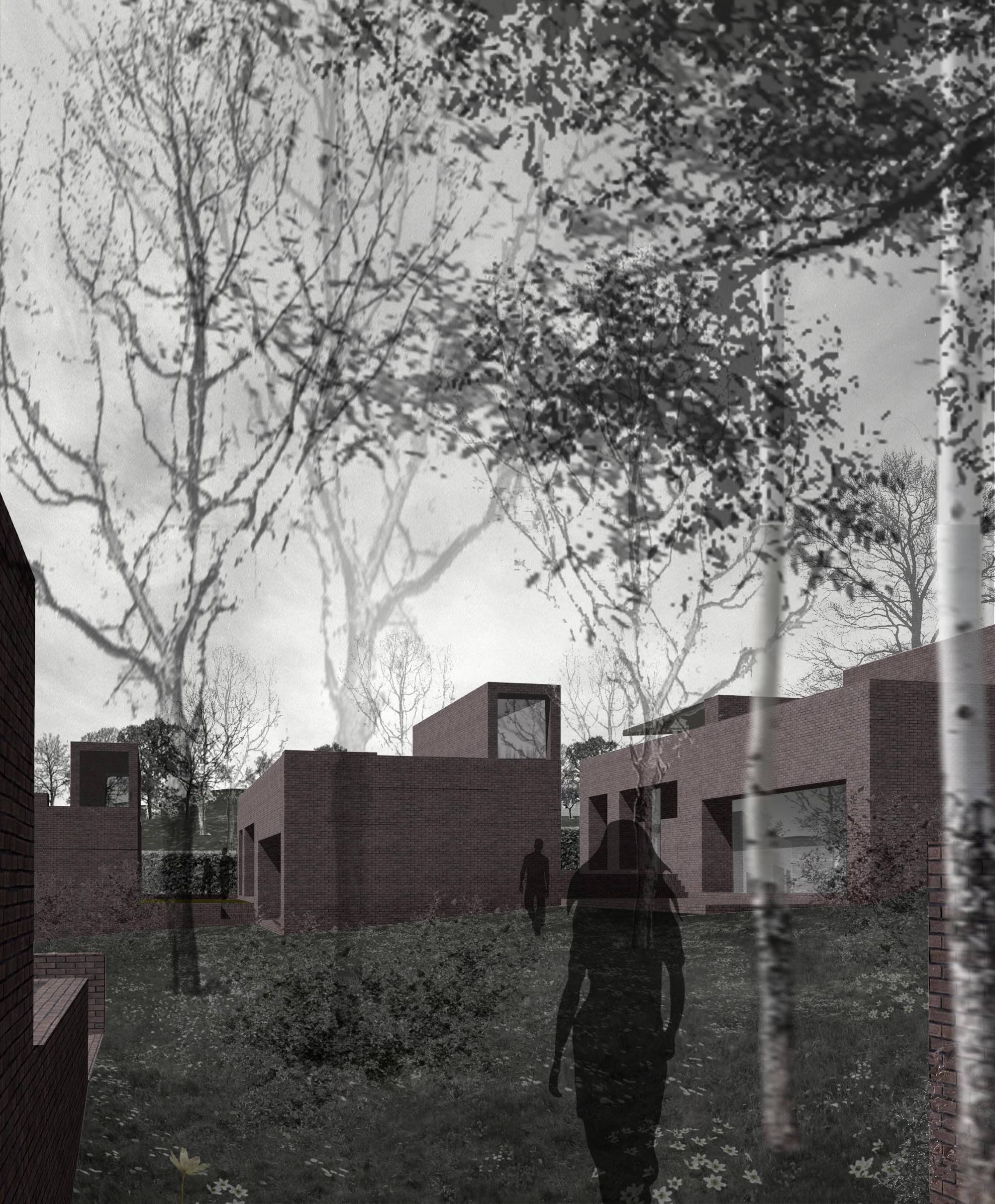 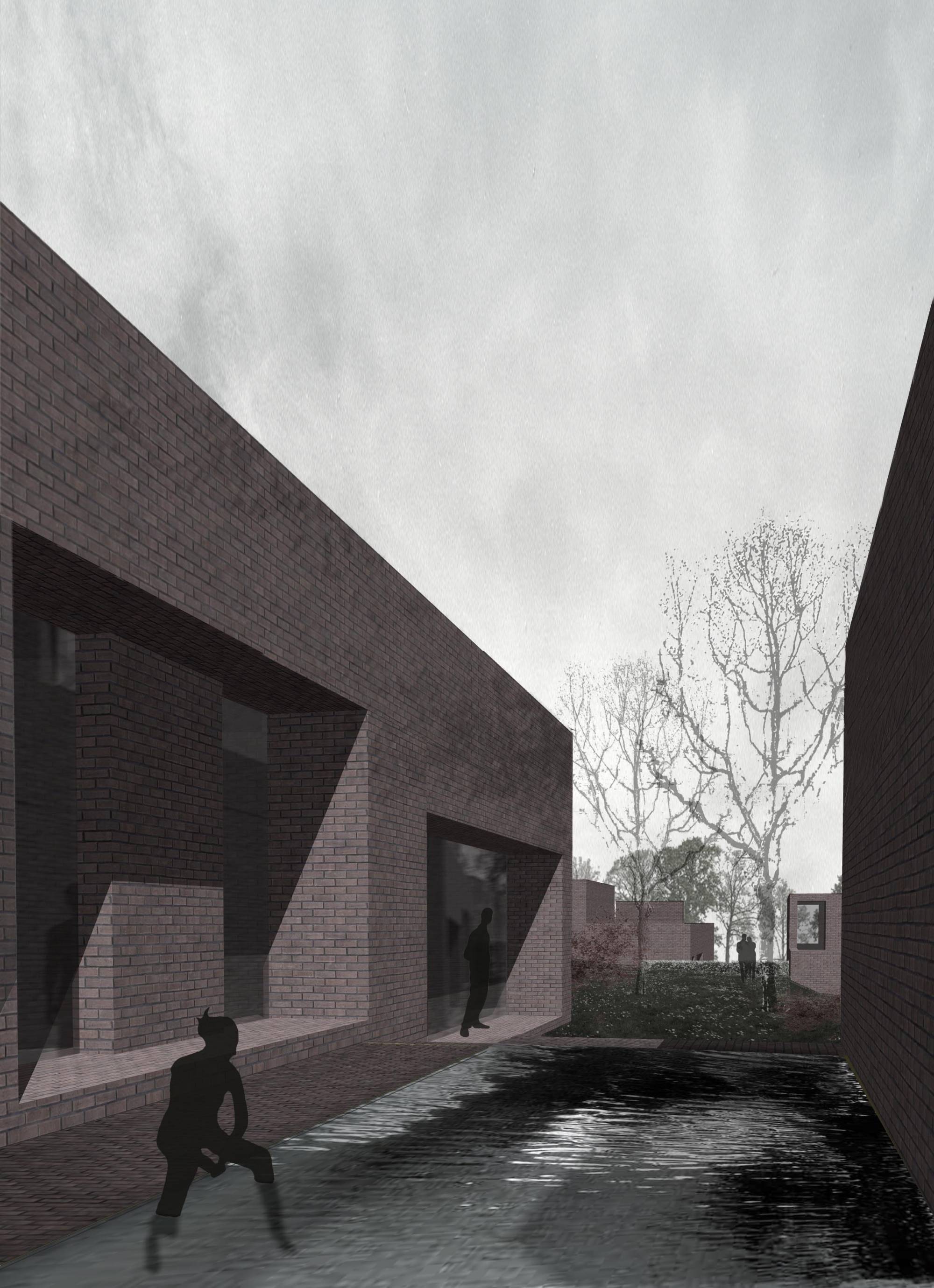 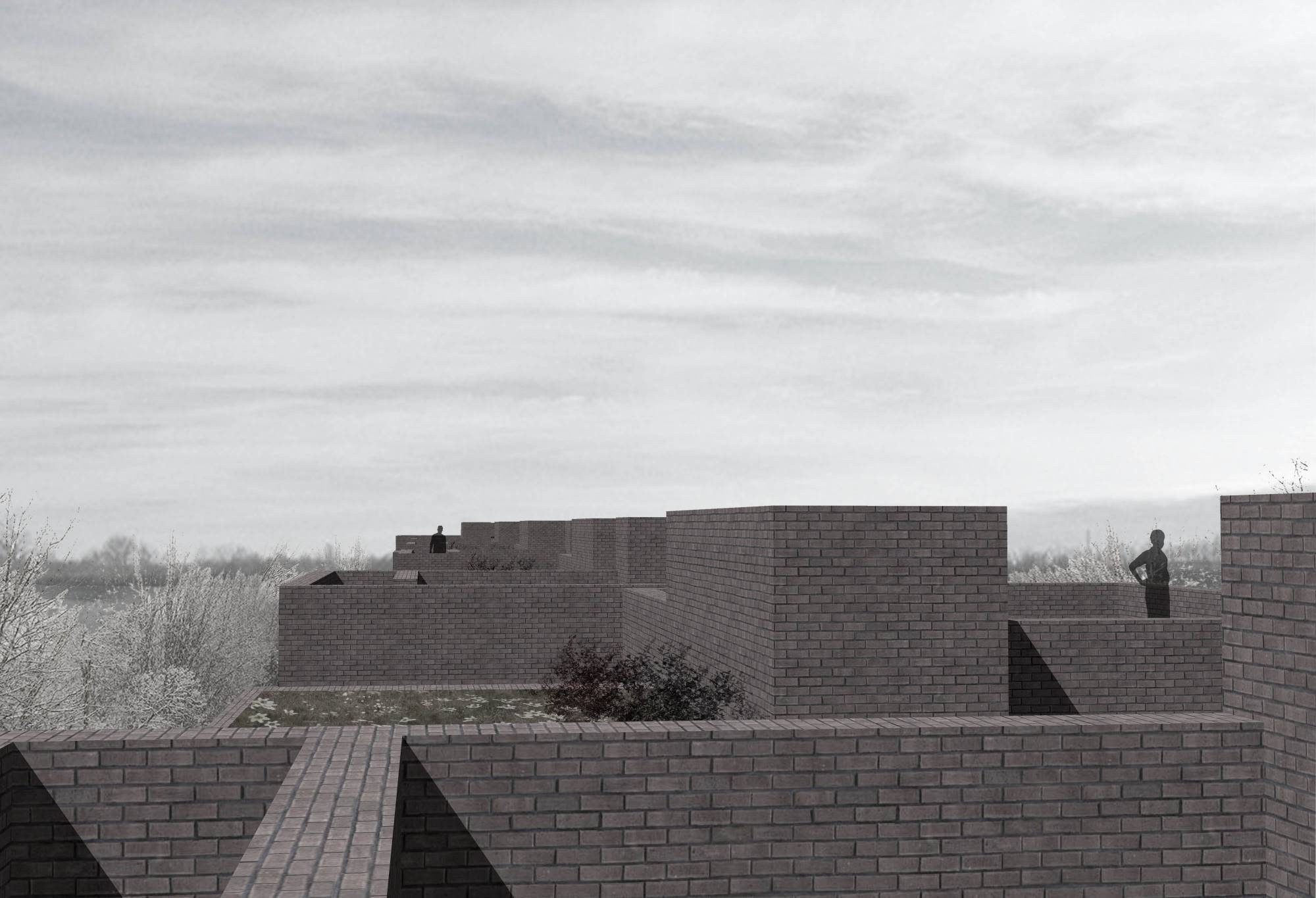