The concept of this 106m high building located in Beirut, is based on the idea to create an architecturally strong sculpture with a white-coloured and subtle-sparkling appearance where podium and tower become one unit. Stone walls and volumes repeating the pavement material in the towers interior fold up and define the buildings inner and outside spaces.

According to the concept of an architectural sculpture, the entire building will have the same façades throughout.

They all support the idea of the architectural sculpture unifying podium and tower, and the idea of creating a fresh, sparkling building during the day as well as at night. The only exception to this homogenous glazed façade is a stone perforated base along the street levels which will give an archaeological character to the building and which lets the building float above the sloping ground, thus underlining the sculpture on top of it. As a result of the white translucent façade and, of the shape of the building’s foot, the heavy stone base slowly fades away and is replaced by an elegant and light façade.

The building, which should become the new Diamond Bourse for the Middle East, contains a mixed-used program with public, semi-public and private functions, which will stimulate the very vivid and diverse character of the project.

To create a diverse spatial experience for the inside there has been integrated an exit system of voids to allow views within the podium in order to experience the diverse program and the tower itself. The voids guarantee a bold conception and prestige.
The Podium has been organised around two main courtyards. The first one is located in the entrance lobby, and provides a stunning view towards the top of the tower. The second courtyard is situated in the center of the podium, and acts as an interior plaza, around which all main functions are located. Both courtyards are tied together by a spacious arcade. This strengthens the idea of a “architectural promenade”, generates a more direct visibility over the different spaces and allows orientation and views through the entire podium.

The whole is a complex horizontal, vertical, and diagonal spatial experience with surprising views through different voids and spaces. 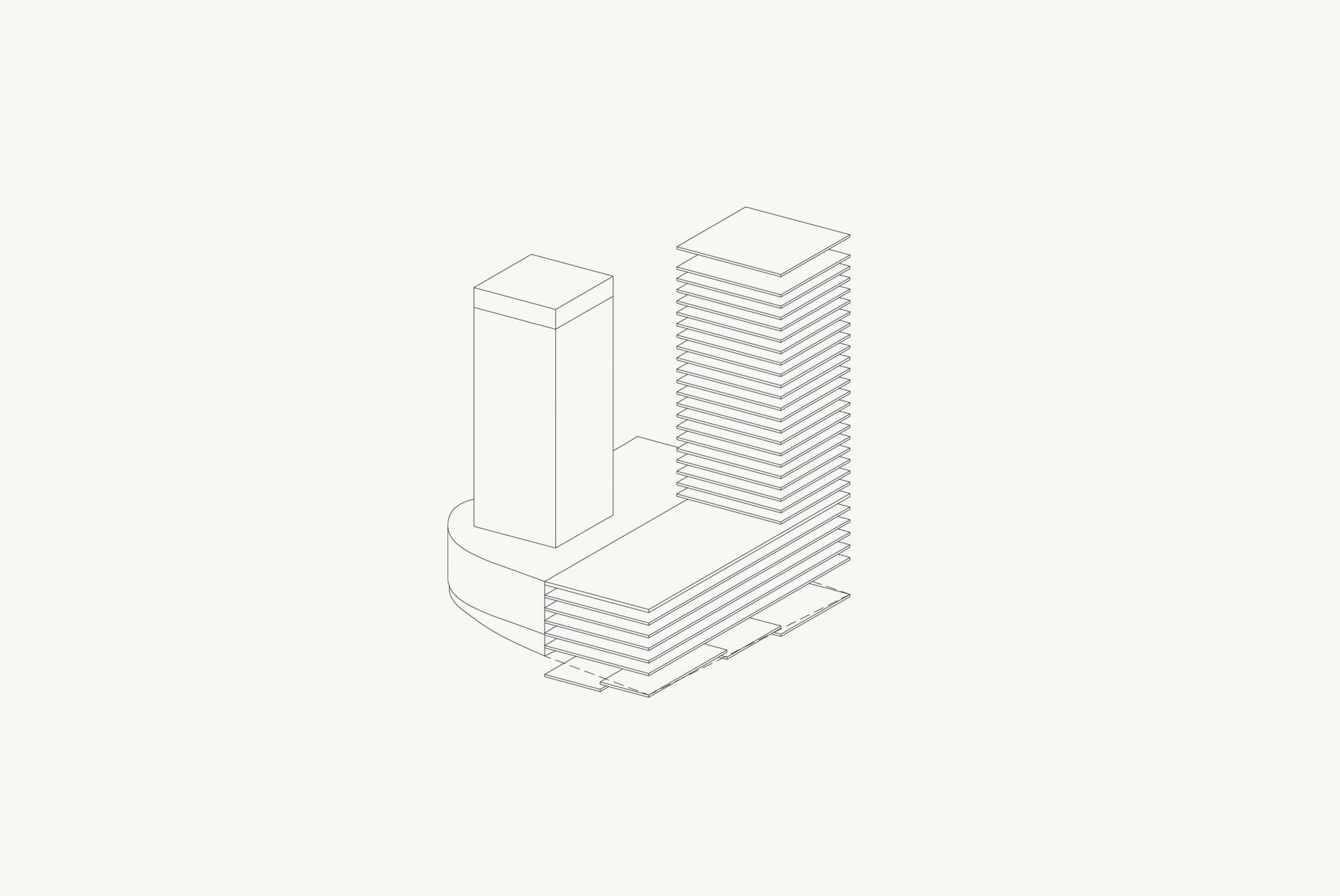 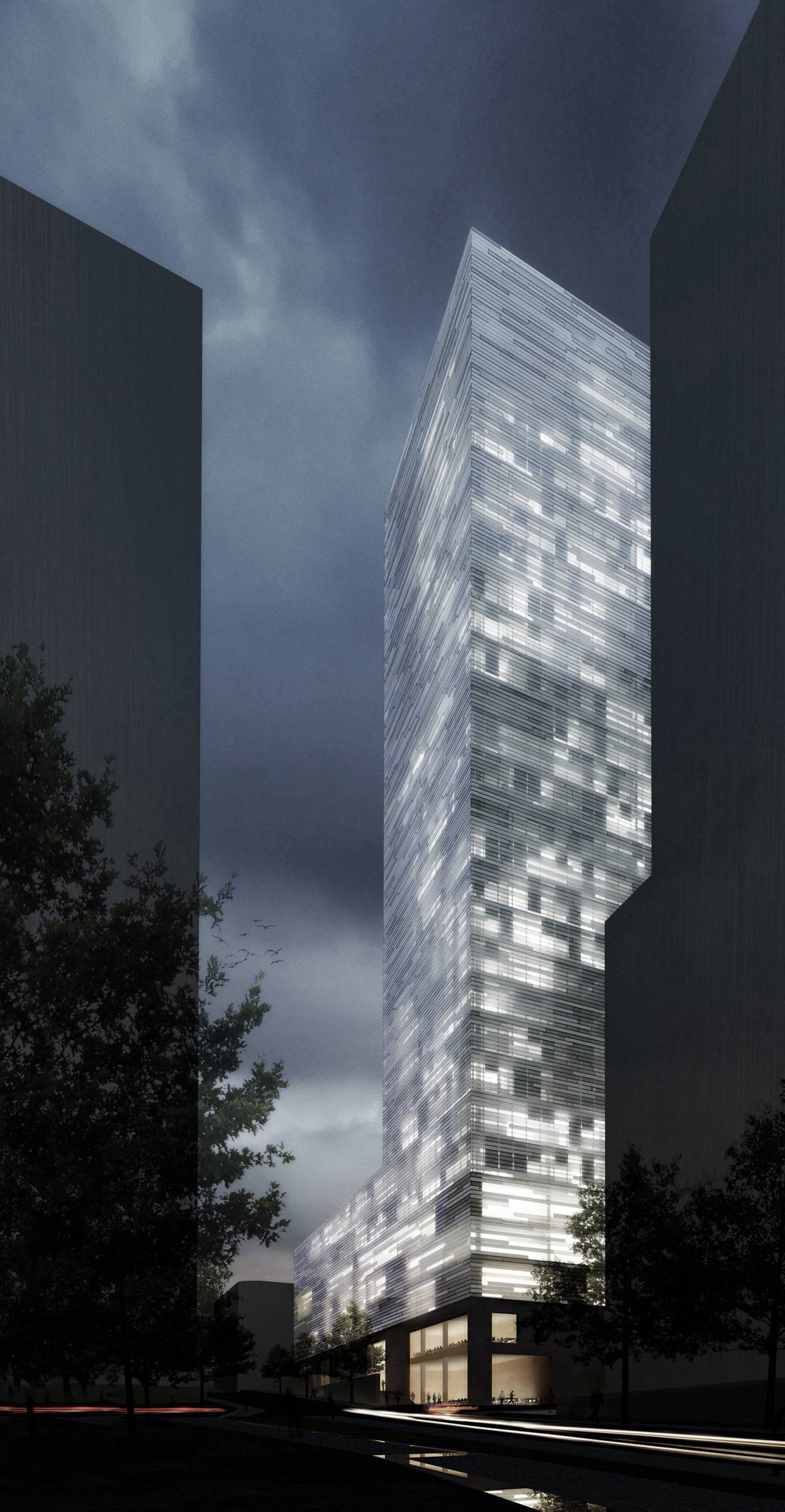 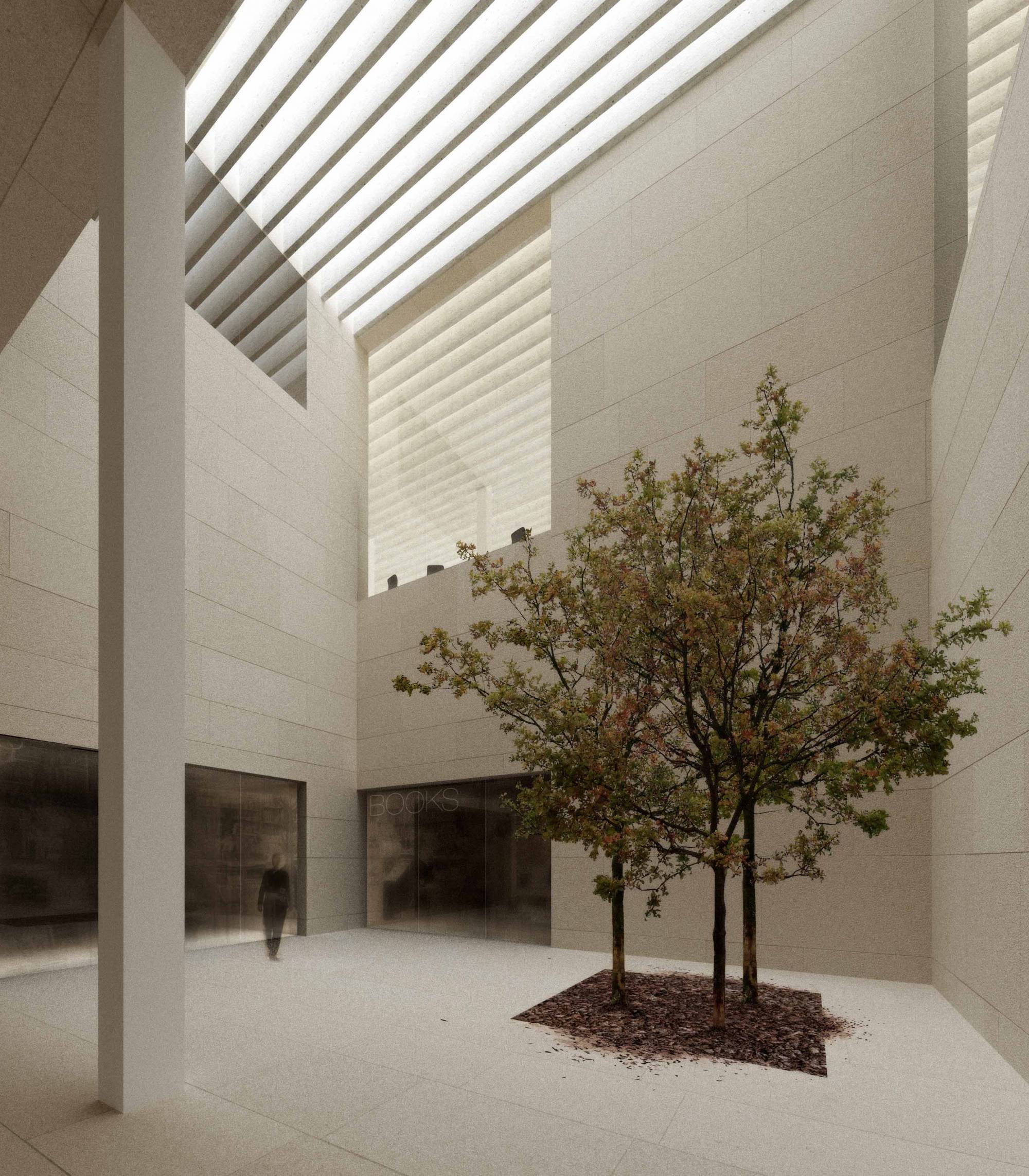 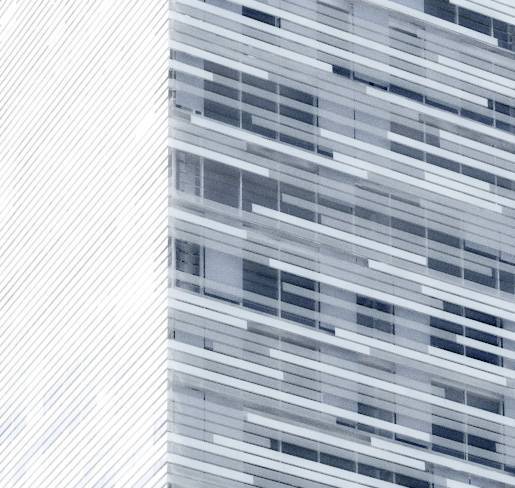