Located in the heart of Belgium, this peaceful and welcoming home with an informal, contemporary character sits perfectly in its rural surroundings. The project has several nuclei: a main building and two barns have all been rebuilt to evoke the old farm. The only restriction was that the new volumes were to be built on the existing footprint. Beside the existing configuration, the other imperative that formed the concept was to retain and acknowledge the simple shape of the original buildings – three long, abstract volumes, with a 45-degree gable roof.
Formally, the simple, iconic, traditional building is referenced, but with the added contemporary approach of the study of form without showing traditional elements or ornamentation. The façade encapsulates this concept: gutters and chimneys are concealed, wood wraps around each volume (including the roof), and doors and thresholds are not made of traditional stone but out of wood.
At first the abstract shapes of the three volumes might seem at odds with the rural context, but once entering the central courtyard along a covered concrete path and appreciating the surrounding structures and the full extent of the project, the viewer is alert to the coherence of the space with its specific configuration forming a central courtyard, typical of traditional Flemish regional farms. The main house is placed in between the grassland and the street – protected by the other two functional buildings. In this way it profits from the view onto the central courtyard, catching the midday sun on one side, while the other side opens onto fields, providing panoramic views over the landscape.

Passivhaus principles were followed and achieved in collaboration with Denc, an architectural studio specializing in sustainable construction. The minimal garden was designed by Paul Deroose, conceived around carefully located solitary trees. The brushed concrete floor inside reflects the traditional farm vernacular and the ground wood finish provides a visual continuation between the indoor and outdoor spaces. This formed a starting point for a modest, uniform interior approach to fit the general architectural atmosphere of the project.

In collaboration with:
Denc studio 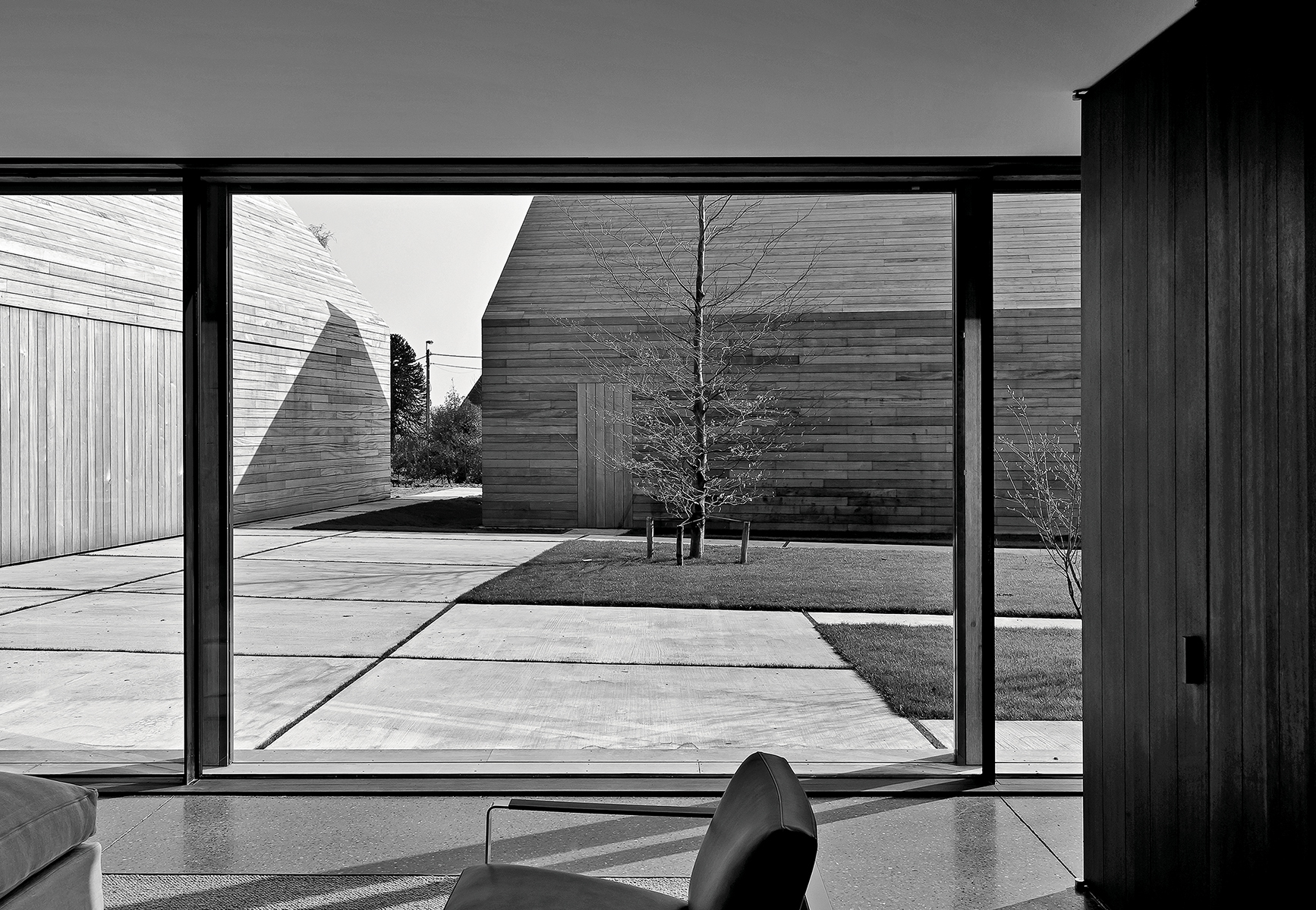 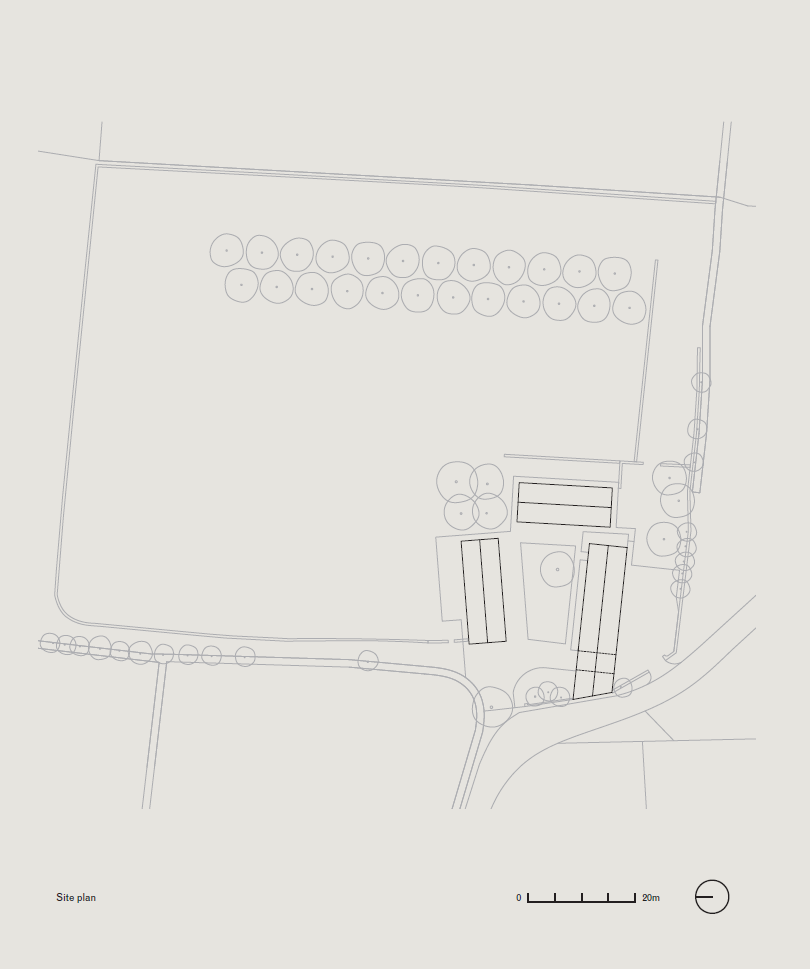 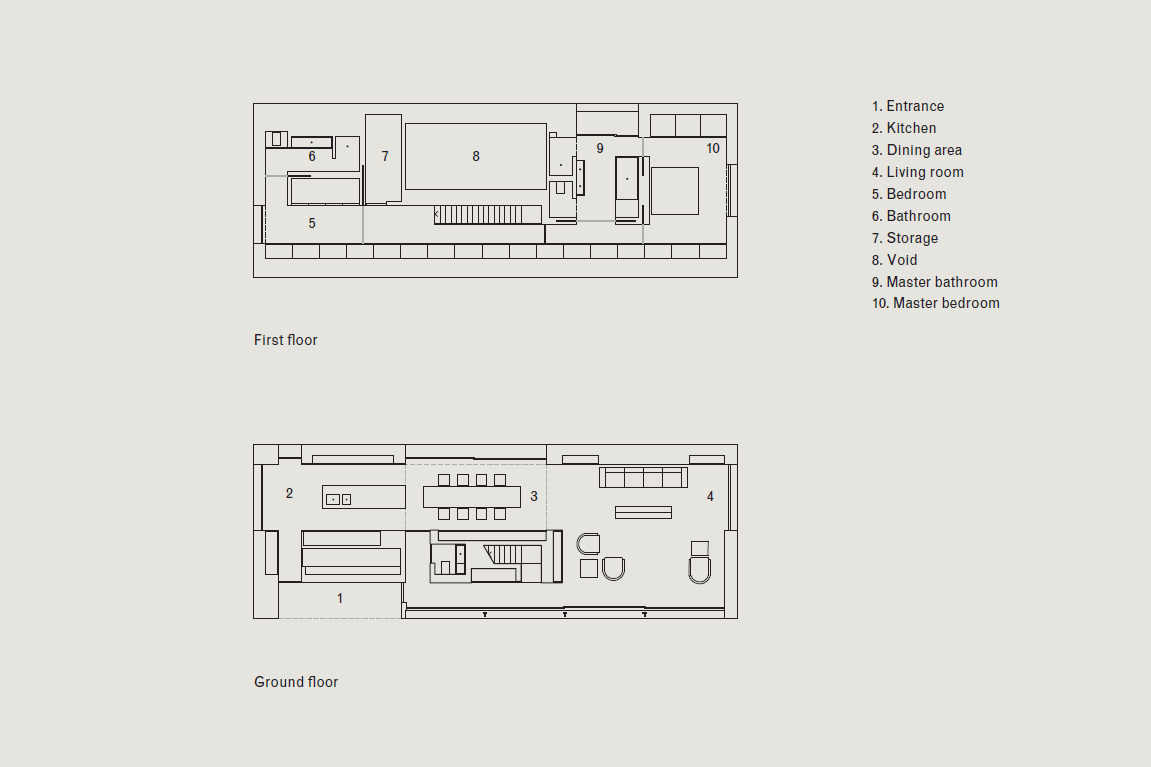 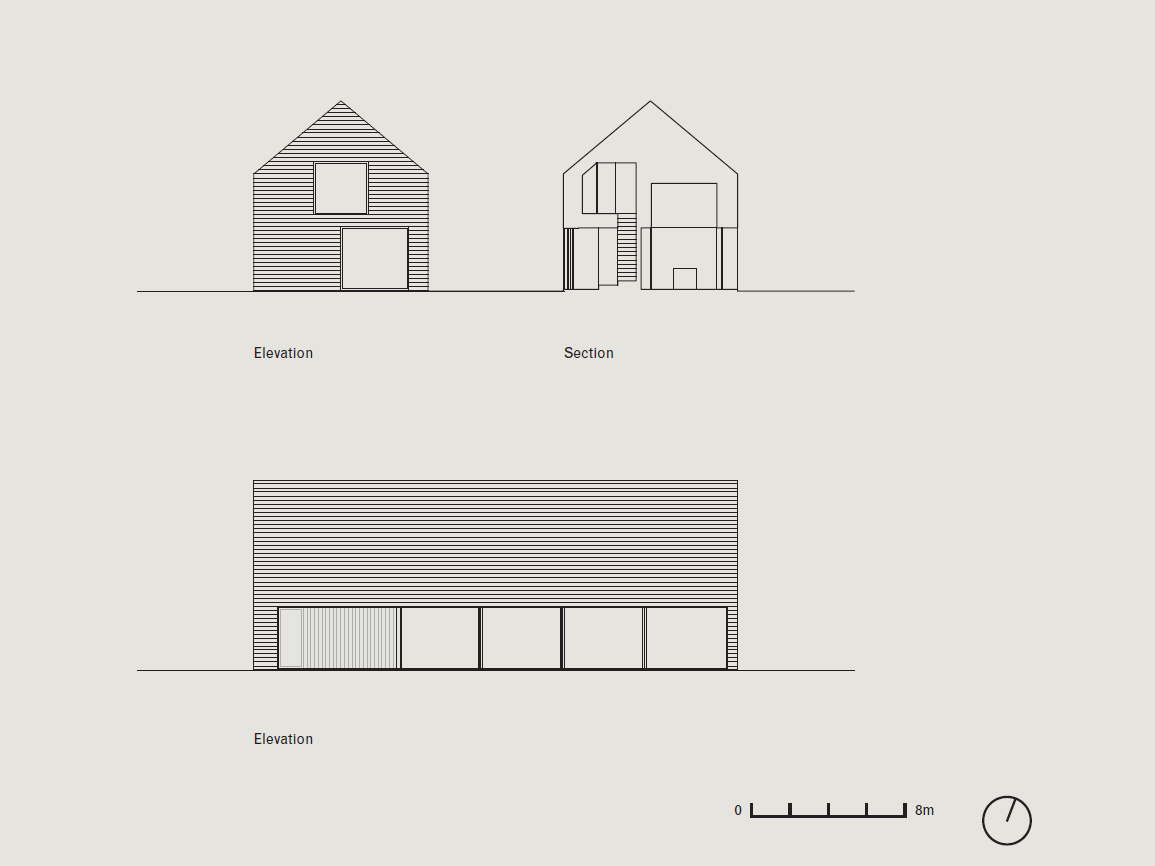