Situated in an Antwerp suburb bordering the Den Brandt park, the original residence was built in the 1920s, as part of a series of formal upper-class cottage villas with Art Deco elements.
With respect to the uniform authentic architectural style of the house in its neighbourhood, the interior was remodelled in a consistent way. While the original house had its typical small windows and dark interiors following the Raumplan principle, the intent was to create a lighter, more informal, more open-plan atmosphere suited to modern family life.
The main intervention consisted of a revised layout for the ground-floor areas. The central axis through the house was strengthened on the one hand by visually closing off the staircase, while creating a more intimate entrance hall, sealed by a glass wall with lacquered steel-framed doors.

This, in combination with a unified design language and the continuity of materials (for example the wide oak plank flooring laid from the living room to the kitchen), induces a strong spatial experience. Soft bone-colour tones in stone, lacquer and natural oak are combined with beautiful art, bespoke furniture and leather seating.
The kitchen was spatially amended and a dining corner was implemented inside the bay windows on both sides of the axis. The living room is organized around a central fireplace, overlooking a terrace with a poolhouse at the back (with a pool and a green roof), including a gym, steam room and sauna, all of which are connected to the main house by an underground corridor.
On the first floor the same spatial concept was applied through the addition of an identical glass wall next to the stairwell. By forming this closable interspace amid the axis, the bedroom and office are in a direct relation, establishing an ensuite feel.
The resulting atmosphere is a one of brightness, sophistication and consistency, but it also has a certain informality and a focus on spaces for family life. 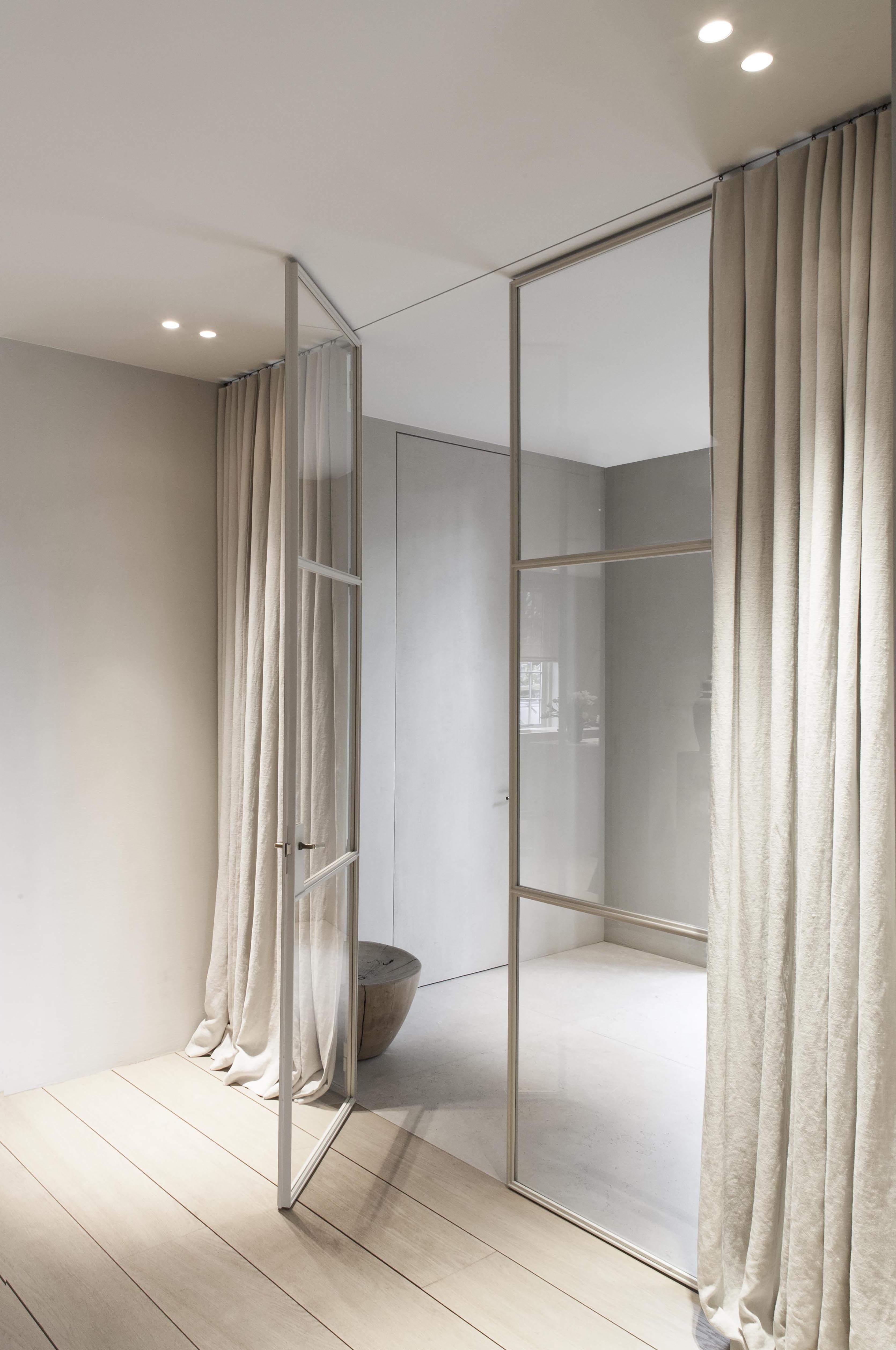 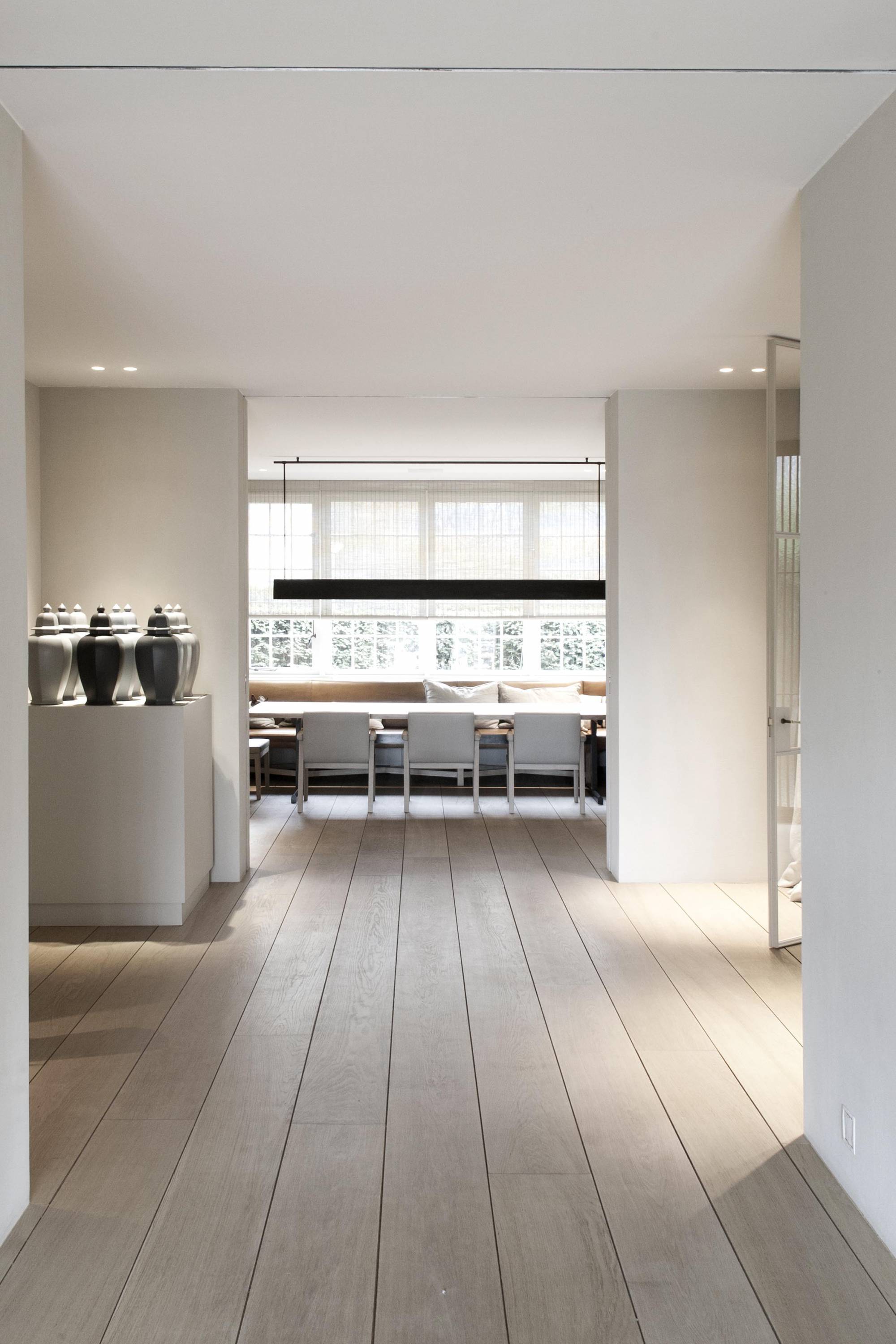 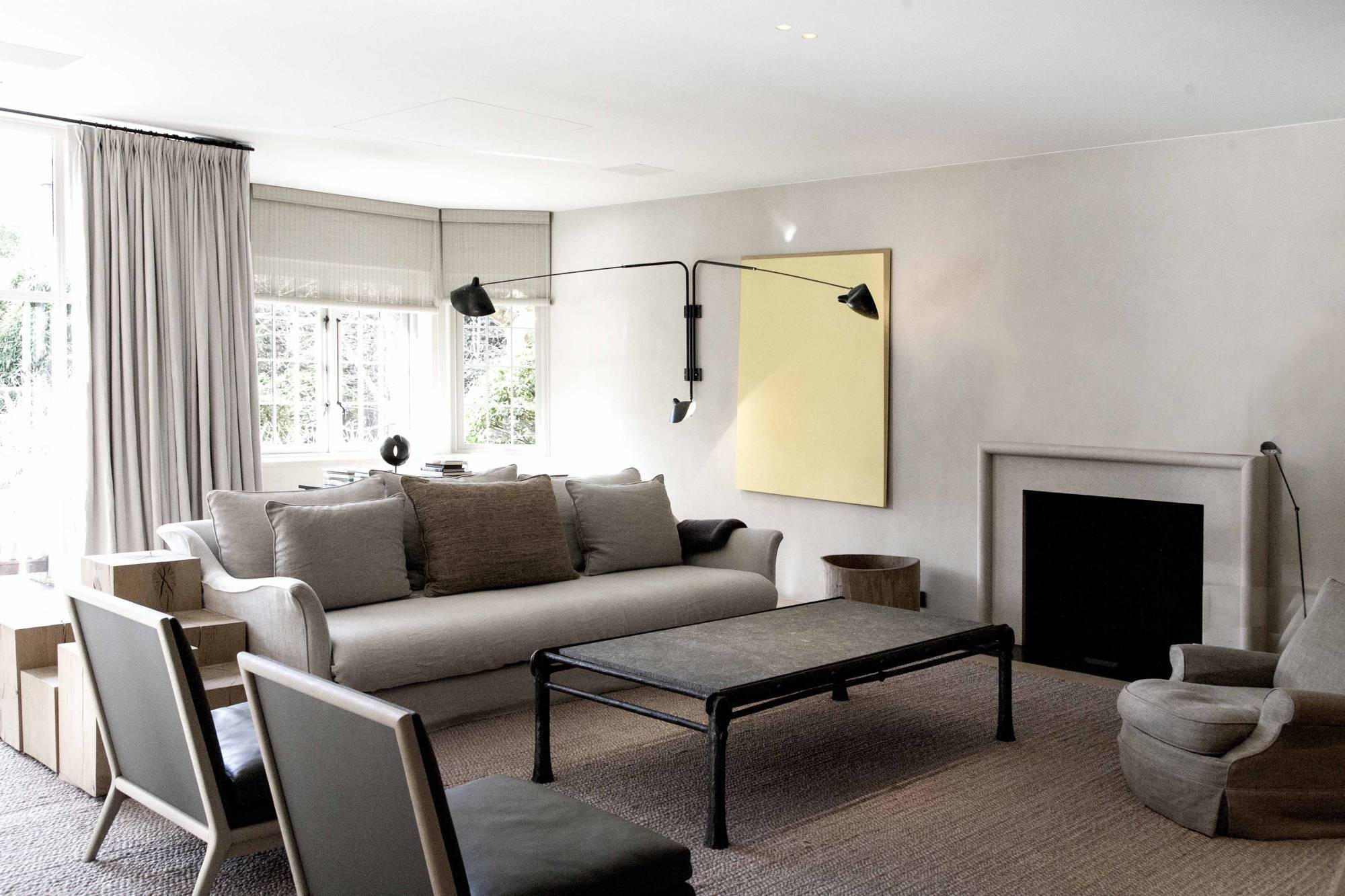 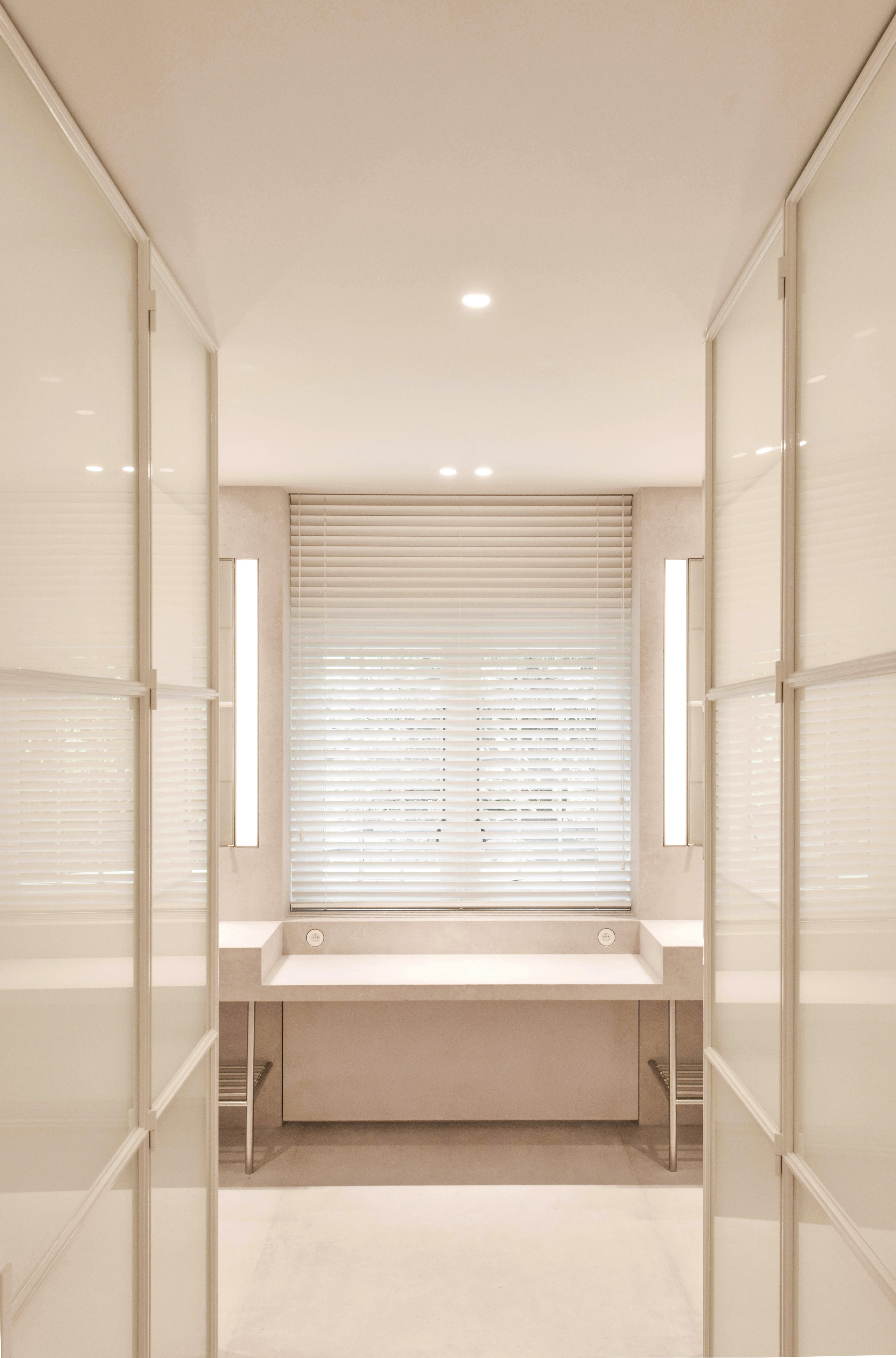 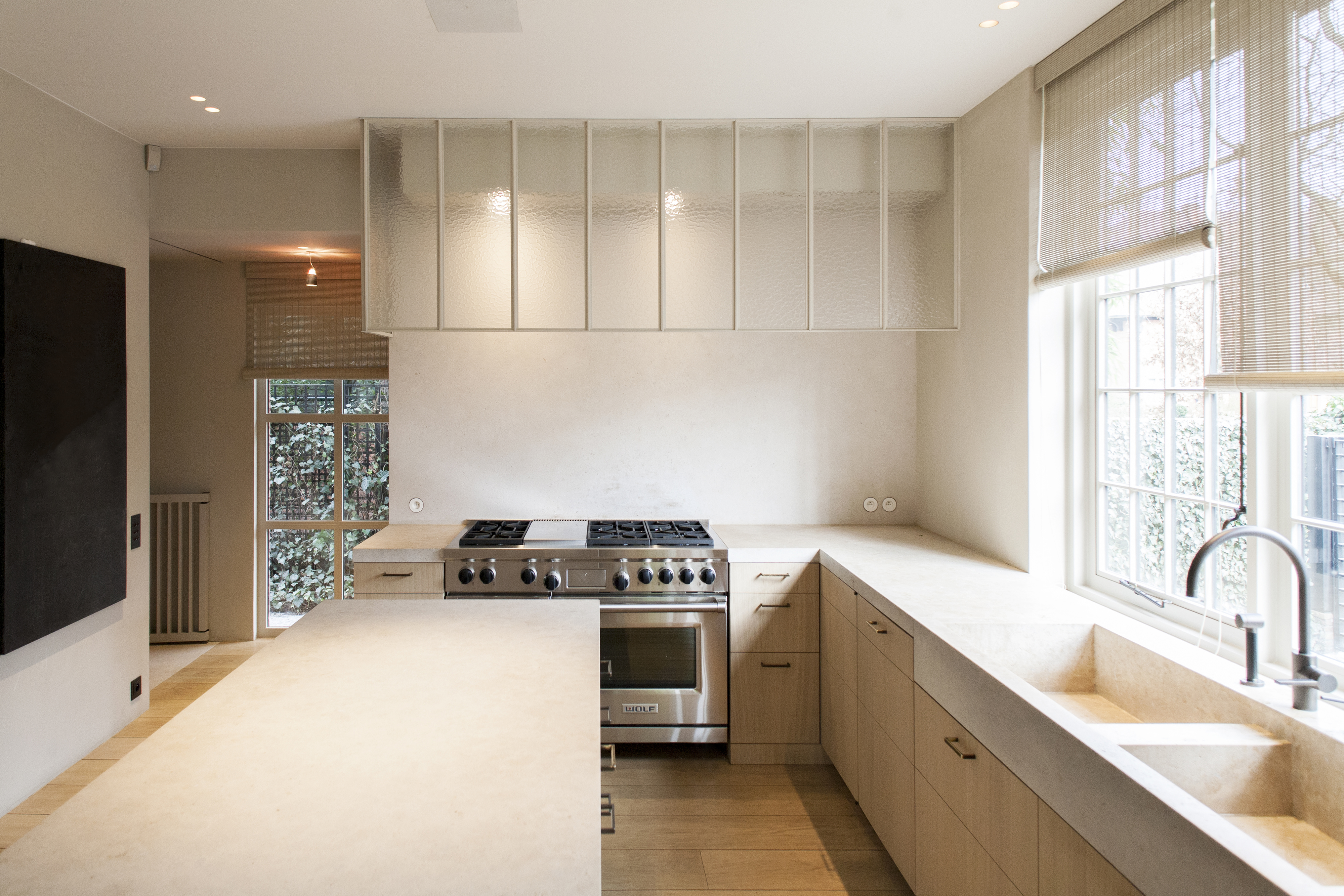 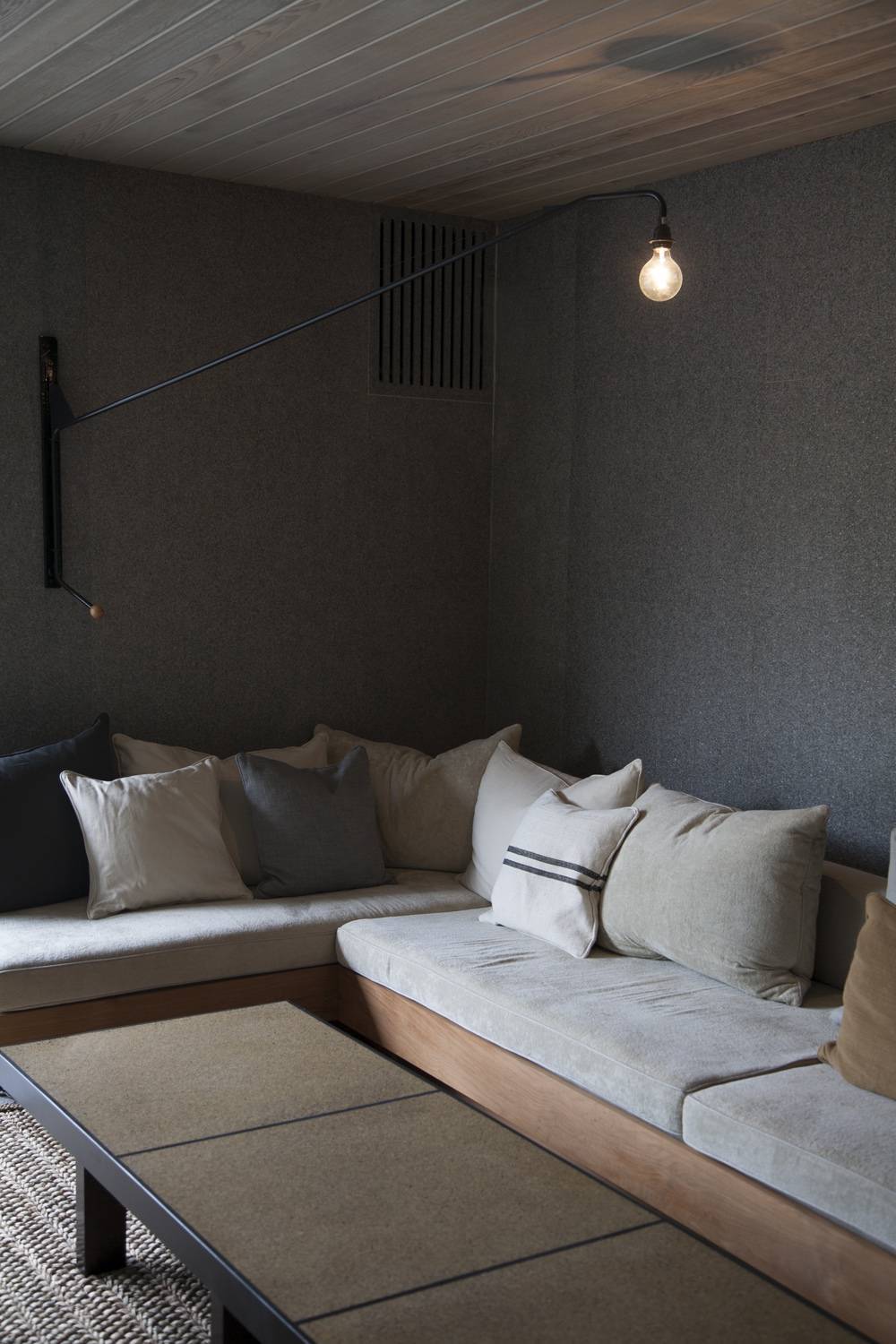 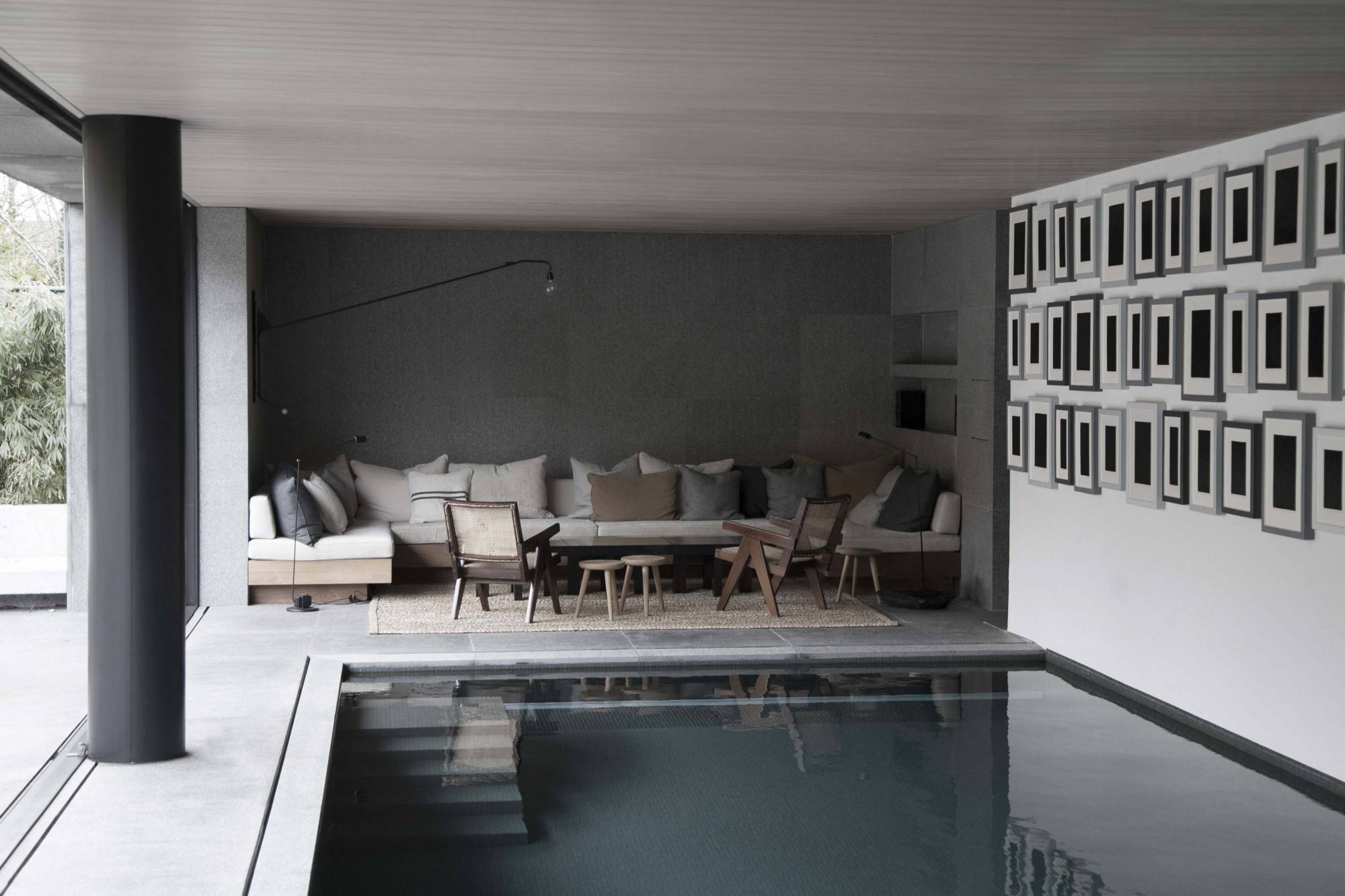