The partnership with Molteni&C was initiated during a collaboration on an office project in the Kingdom of Saudi Arabia in 2014 and followed with the first design series of Gliss Master and Ribbon. Afterwards, in 2016, Molteni&C involved Vincent Van Duysen as creative director thanks to a shared passion for discreet elegance and determination. Vincent Van Duysen takes care of the global image of the brand by designing flagship stores, exhibition stands and a series of new products. The appreciation for craftsmanship and rich history can be found in the DNA of both cultures, the North Italian and the Belgian.

Molteni&C’s stand design takes its inspiration from a large home environment, where the living areas communicate with the dining areas, interspersed with green spaces and high-impact floor-to-ceiling glazing. Massive bone-coloured volumes are used to create a contemporary architectural arrangement of spaces. Dramatic lighting in combination with the lighter surfaces focuses attention on the Molteni&C furniture on display. The stand is interpreted as a contemporary take on a modern house, reinforcing the feeling of a home, not a furniture showroom. This design ideology is extended to the design of the flagship stores. 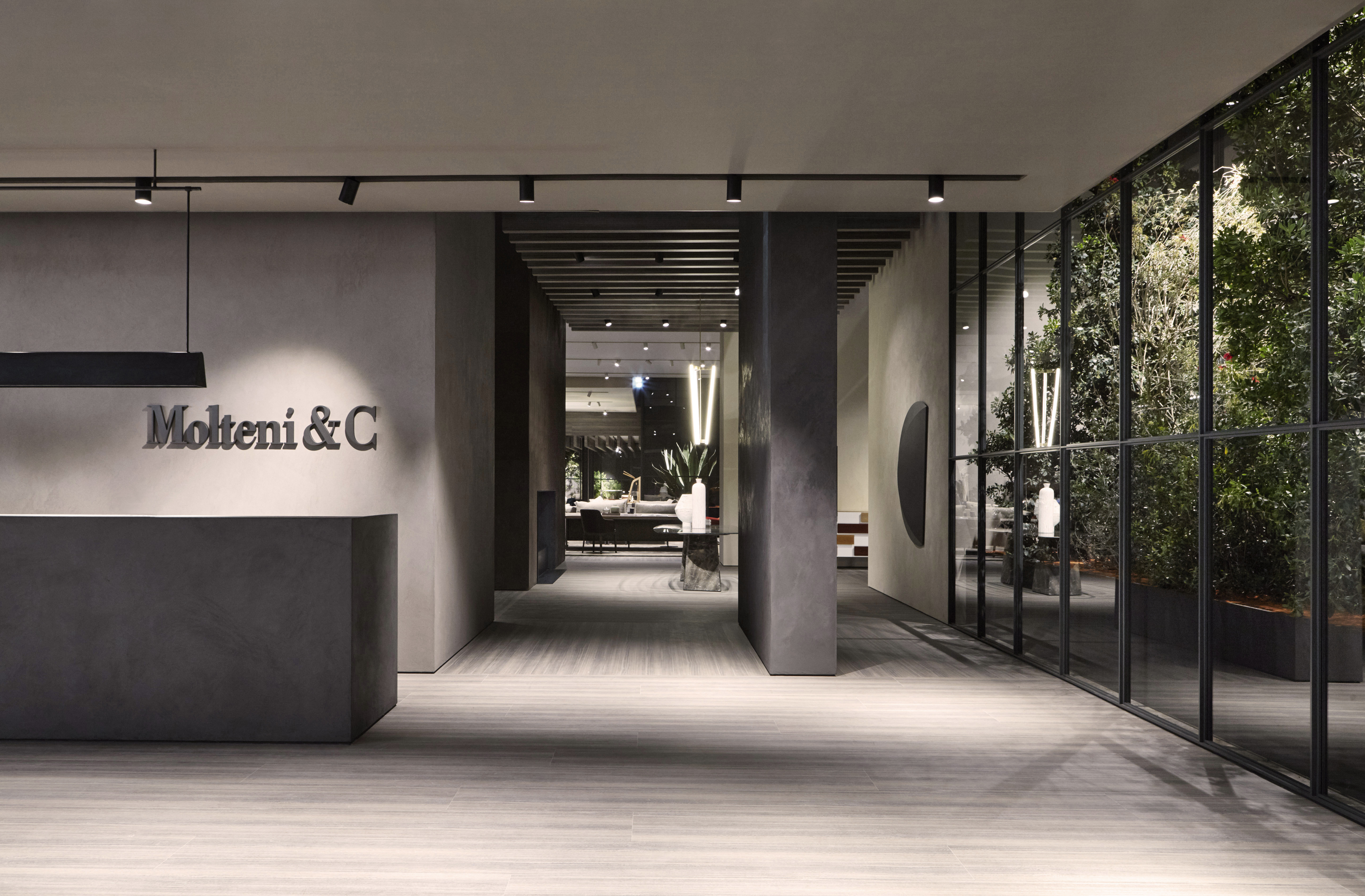