Source of inspiration for HBO's 'The Girl Before' 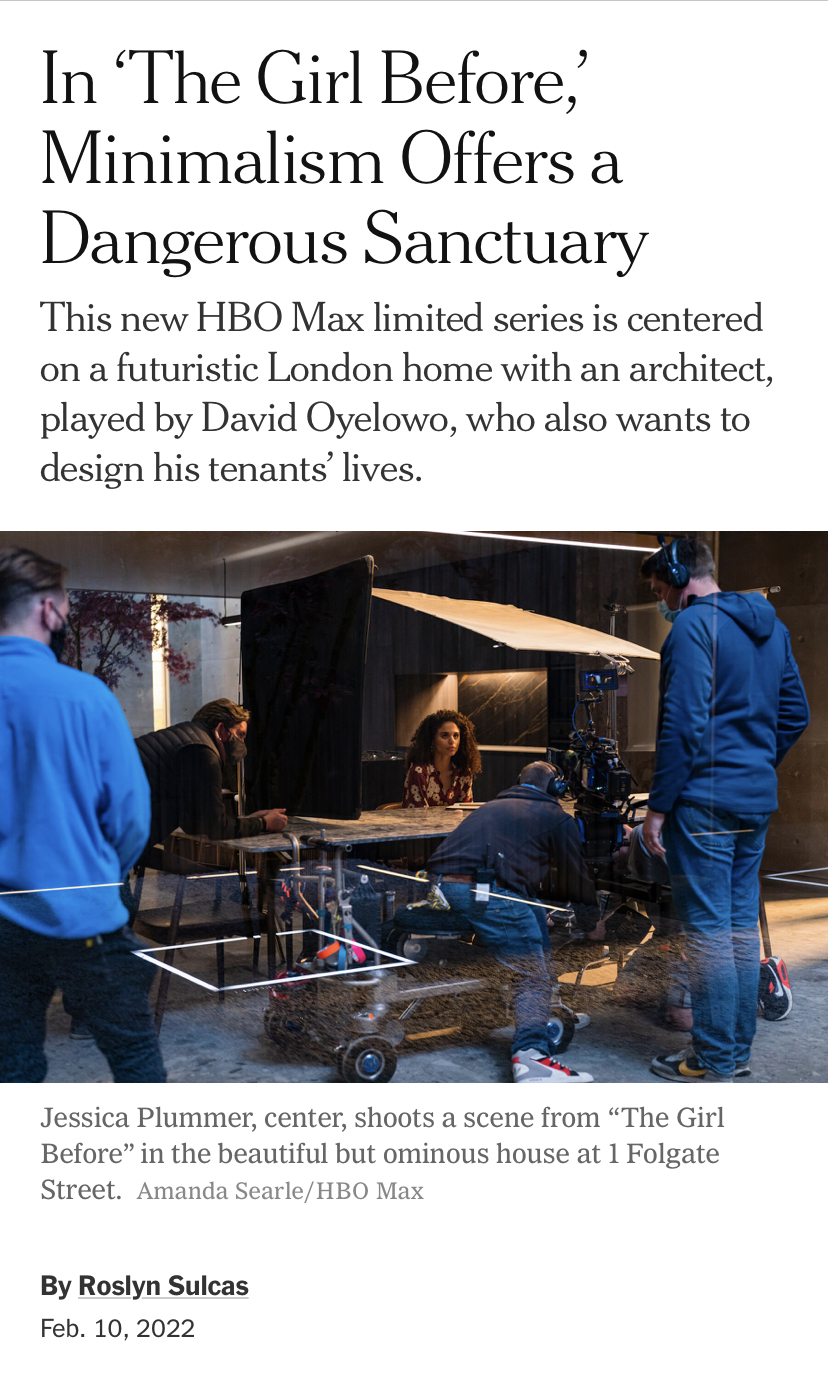 “I really wanted it to sometimes feel calm and safe, a sanctuary, and sometimes like a prison,” said Jon Henson, production designer on HBO Max series “The Girl Before”.

In the same feature published in The New York Times on February 10th, Henson mentioned Vincent Van Duysen together with Japanese architecture studio Gosize as sources of inspiration for the show’s set designs. The series is centered on a futuristic London home owned by an idiosyncratic architect played by David Oyelowo.