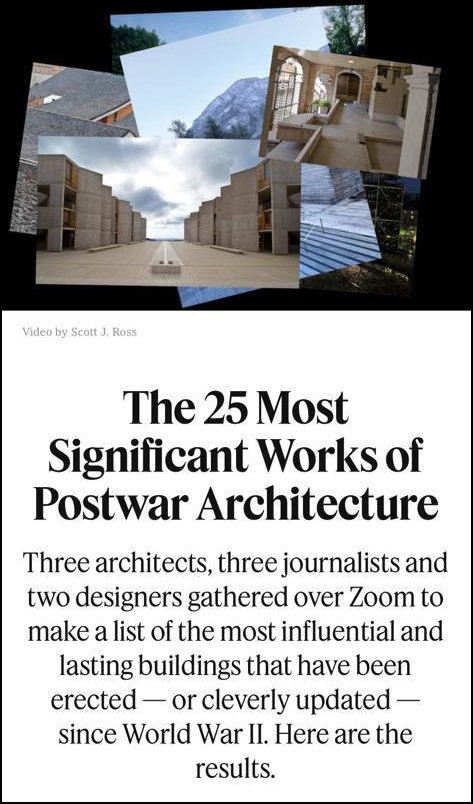 Three architects (among which Vincent Van Duysen), three journalists, and two designers gathered for T Magazine to make a list of the 25 most influential and lasting buildings that have been erected — or cleverly updated — since World War II.

The survey has also been reported by Italy's Corriere della Sera.