An impressive classic country house, built in 1950 in on of the green suburbs of Kortrijk, has undergone a remarkable transformation. Through a complete renovation, the main villa reclaimed its prestigious character, and at the same time a poolhouse was built as an extension, to create more open views to the surrounding garden.
When extending the existing formal villa to fit this more contemporary way of living, the ambition was to strive for one harmonious entity despite the fact that both parts were built in a different century. In this juxtaposition the clearest relation is noticeable by the terracotta tiled roof edge of the poolhouse and its whitewashed outer walls, both referencing the cottage style of the original house with a contemporary expression.

By using the elevation difference between the terrace and the garden, a split-level building was created, allowing the upper floor of the poolhouse to be left completely open for space to relax, including an outdoor shower integrated into the overhanging roof edge. The windows can be fully opened in summer by sinking them completely into the lower ground floor, where the spa with sauna and jacuzzi can also be found. Wide horizontal windows in the sauna and jacuzzi offer views over the lawn and the garden behind the house.
The spa area is clad in Belgian bluestone, which also forms the flooring throughout the interior and exterior of the poolhouse, and continued through the entrance areas of the main house, strengthening the connection and relation between both buildings. The pool itself is positioned parallel to the raised terrace, and forms one of three water basins that reflect the house. The landscape design by Paul De Roose consisted of positioning these water surfaces to accentuate the strong boundary between the garden and the house. 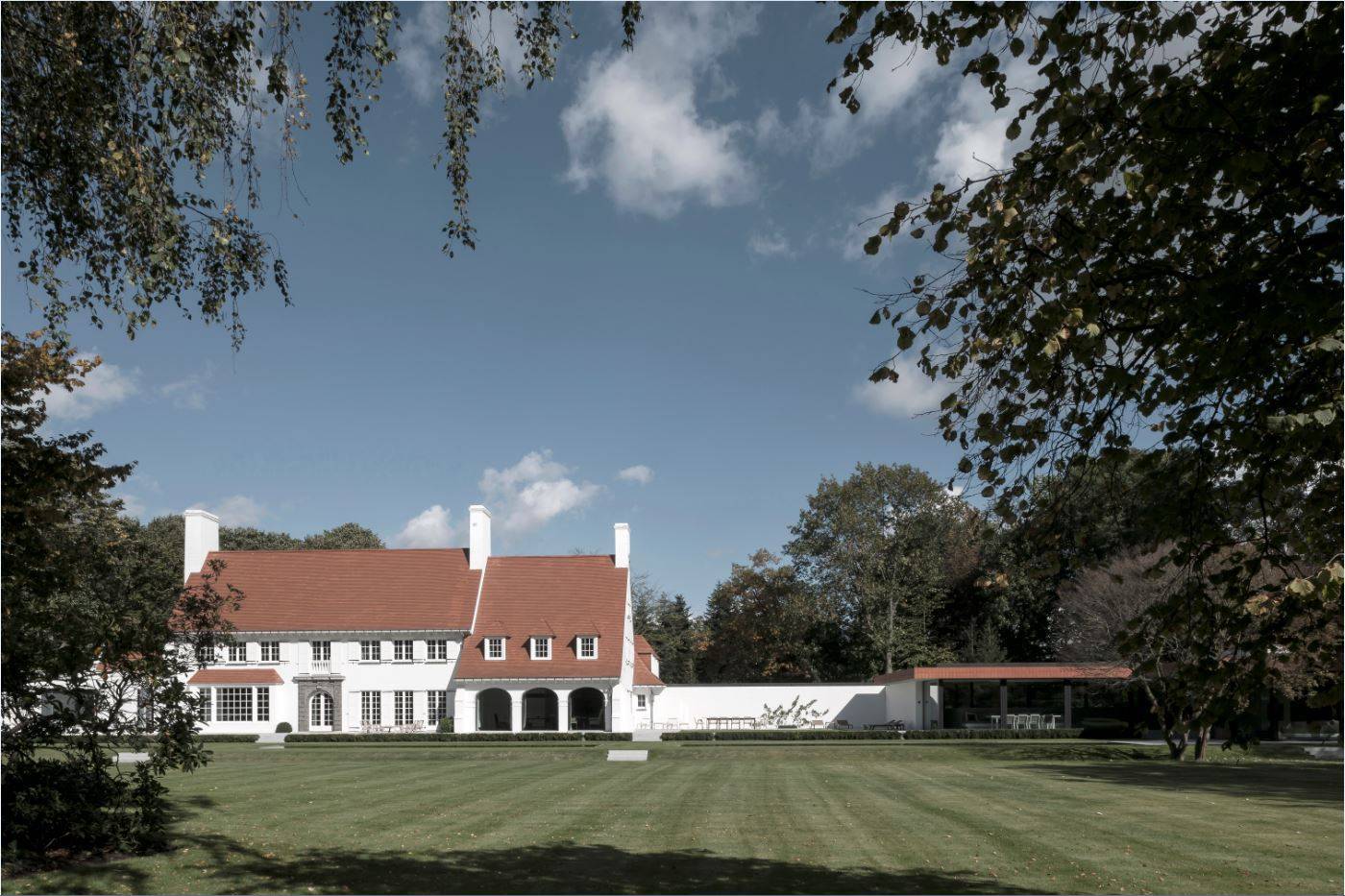 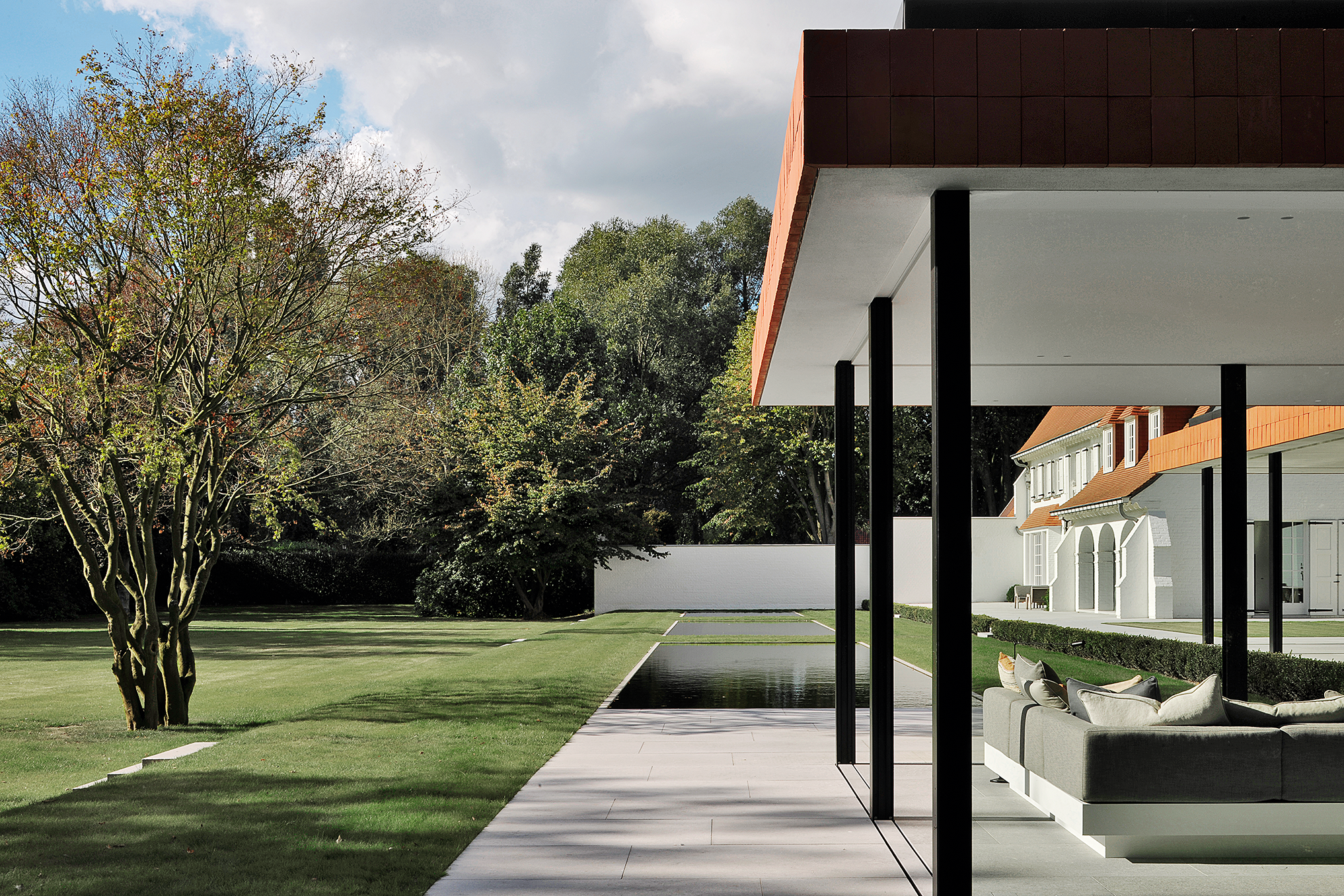 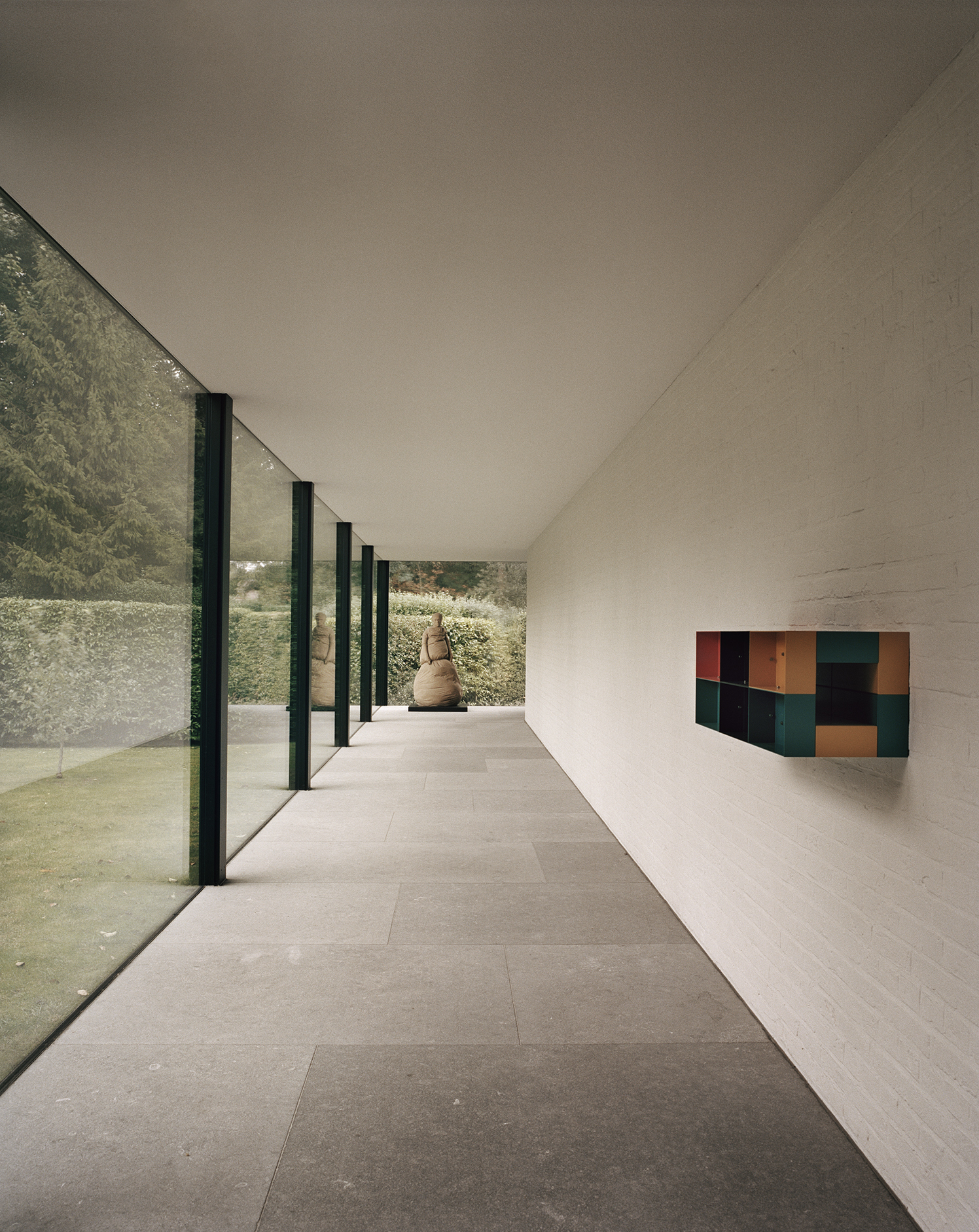 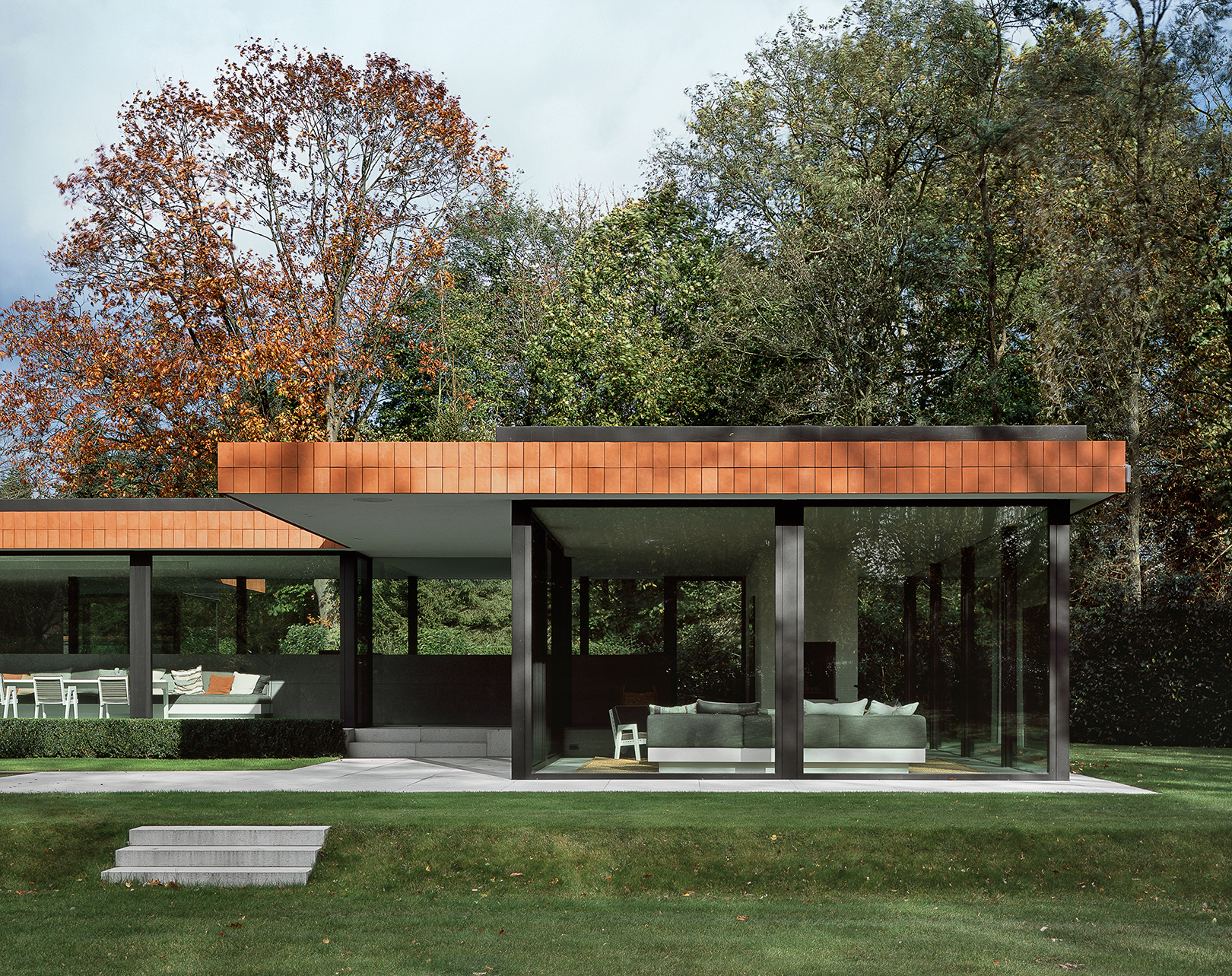 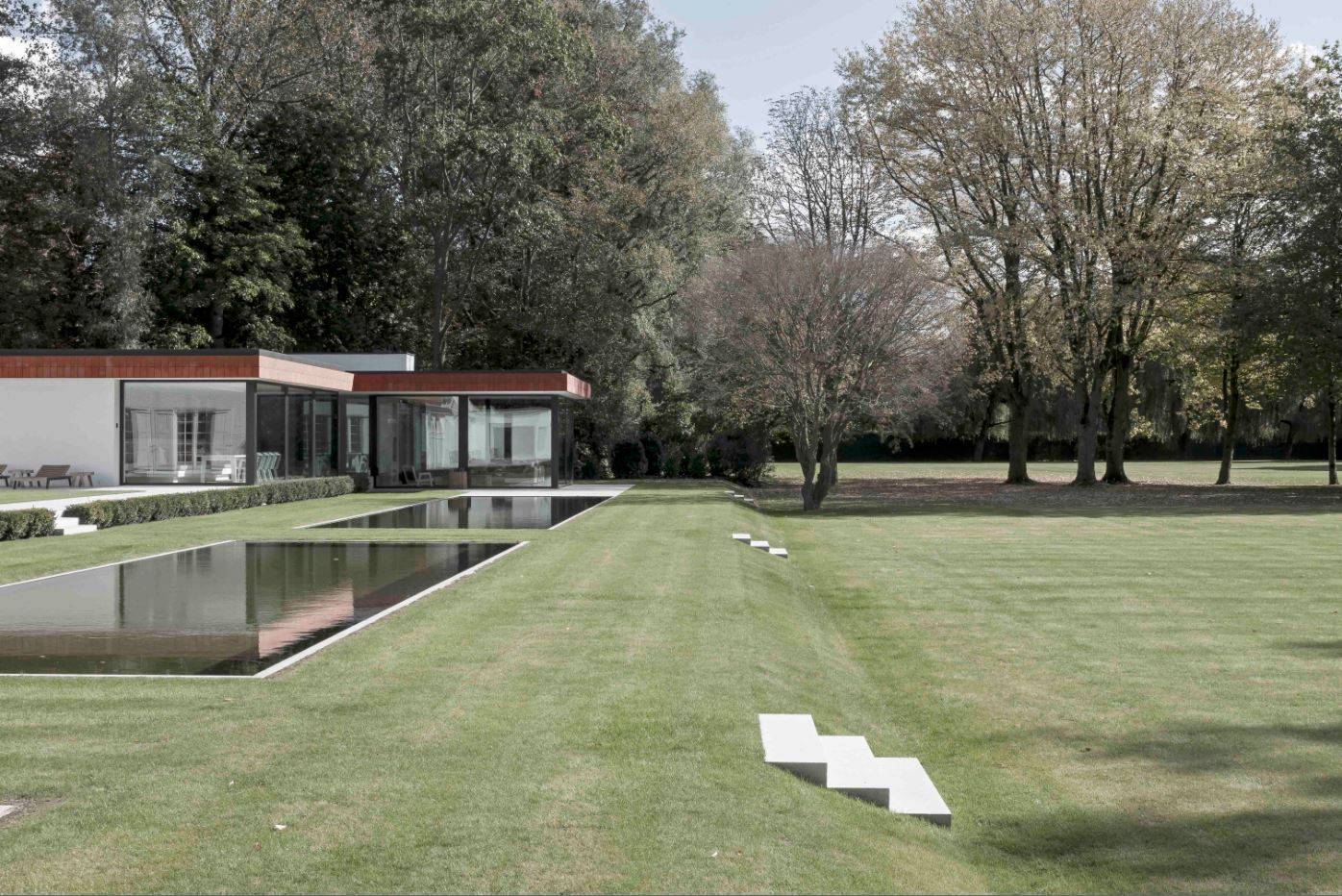 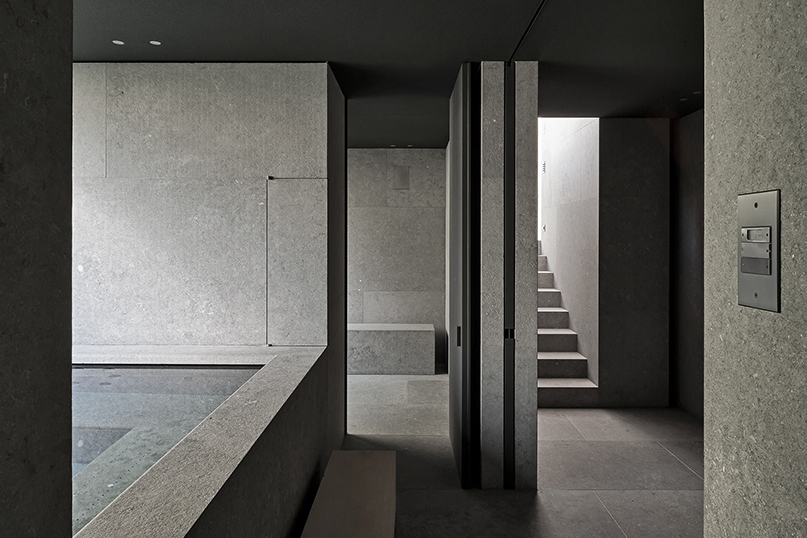 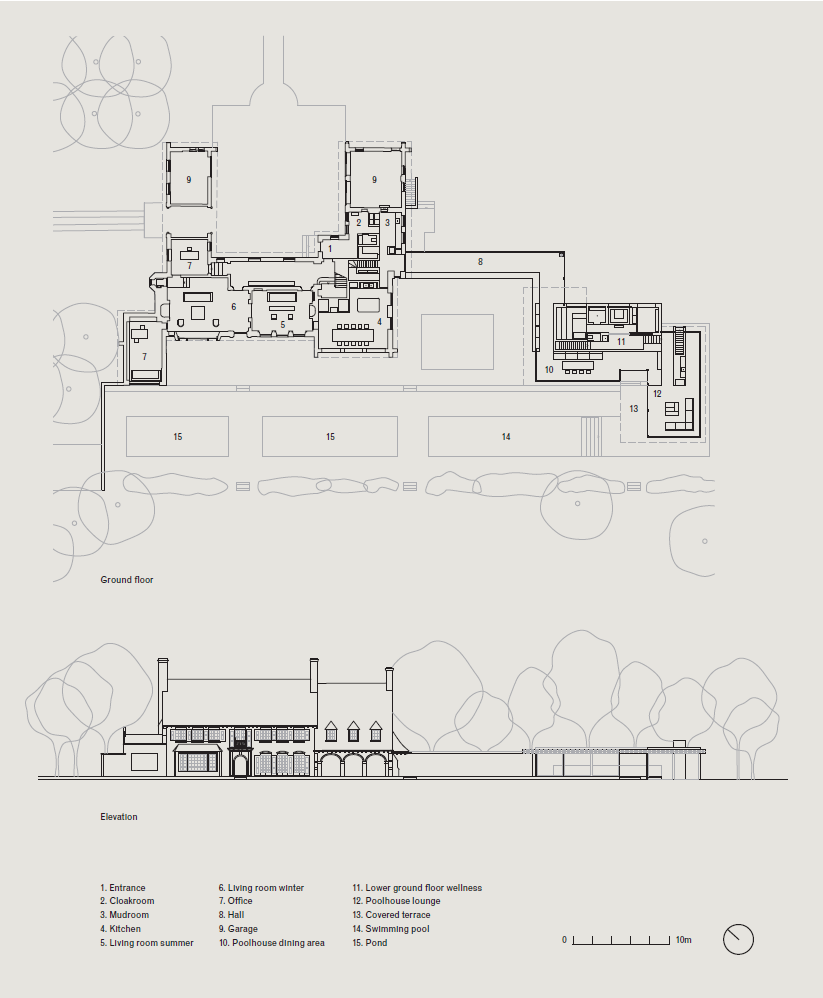