This old townhouse, with former notaries offices was simplified and restructured and natural daylight was let in everywhere. A former courtyard was opened up again at the kitchen and the existing tarmac notaries carpark was turned into a rigorous urban garden featuring a square pool made of Belgian blue stone.
Once the structural work was completed and everything was painted white, the refining of the details and spaces could begin. Essence, abstraction and purity formed the leitmotif to create this house.
The choice of materials, limited array of colours and the combination of roughly woven textiles with the smooth surface of natural stone firmly establish this house in the tradition of  Flemish sensuality, that is mostly disguised by a formal rigour.

The huge rectangular living room oozes calm and understatement with its’ pale poplar wide board floor, uniformly tall wall cupboards and tall deep windows onto the garden. The carefully selected objects create a subtle contemporary tension. The courtyard provides light for the hall, the kitchen and the reception room, which also doubles up as dining room.
The original staircase was scoured, sanded and simplified. The essential activities of washing and cooking are celebrated with a monolithic white marble bath tub and an enormous black cooker of La Cornue, reminiscent of 19th century steamy Flemish country kitchens. The attention to detail and bespoke doorhandles, lightfittings and hinges that are not instantly contemporary but have themselves a place in history is now so engrained in the work of VVD that it can no longer be seen as a separate language. The rigour of the design in combination with the sensual language is what forms the essence and success of the architecture. 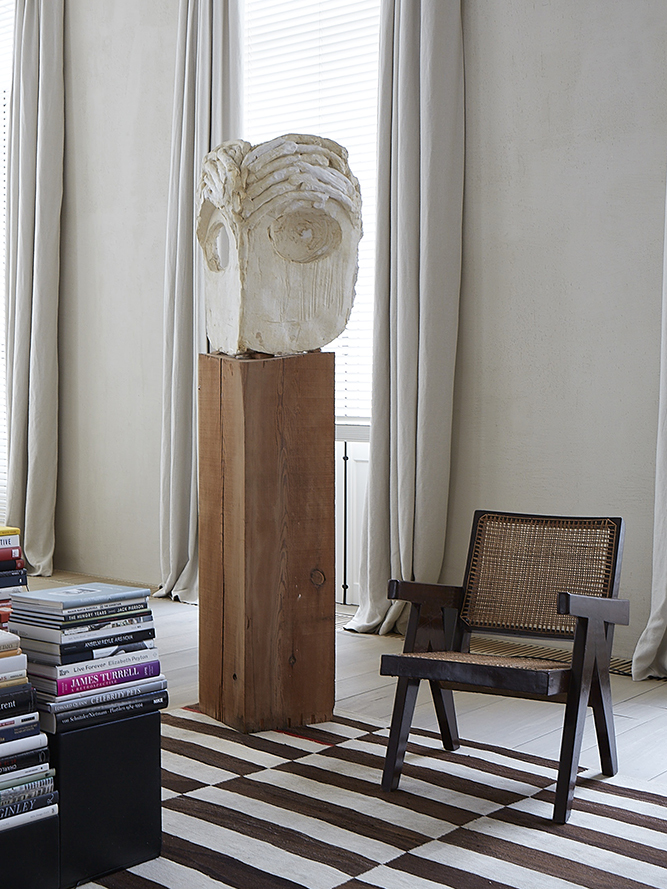 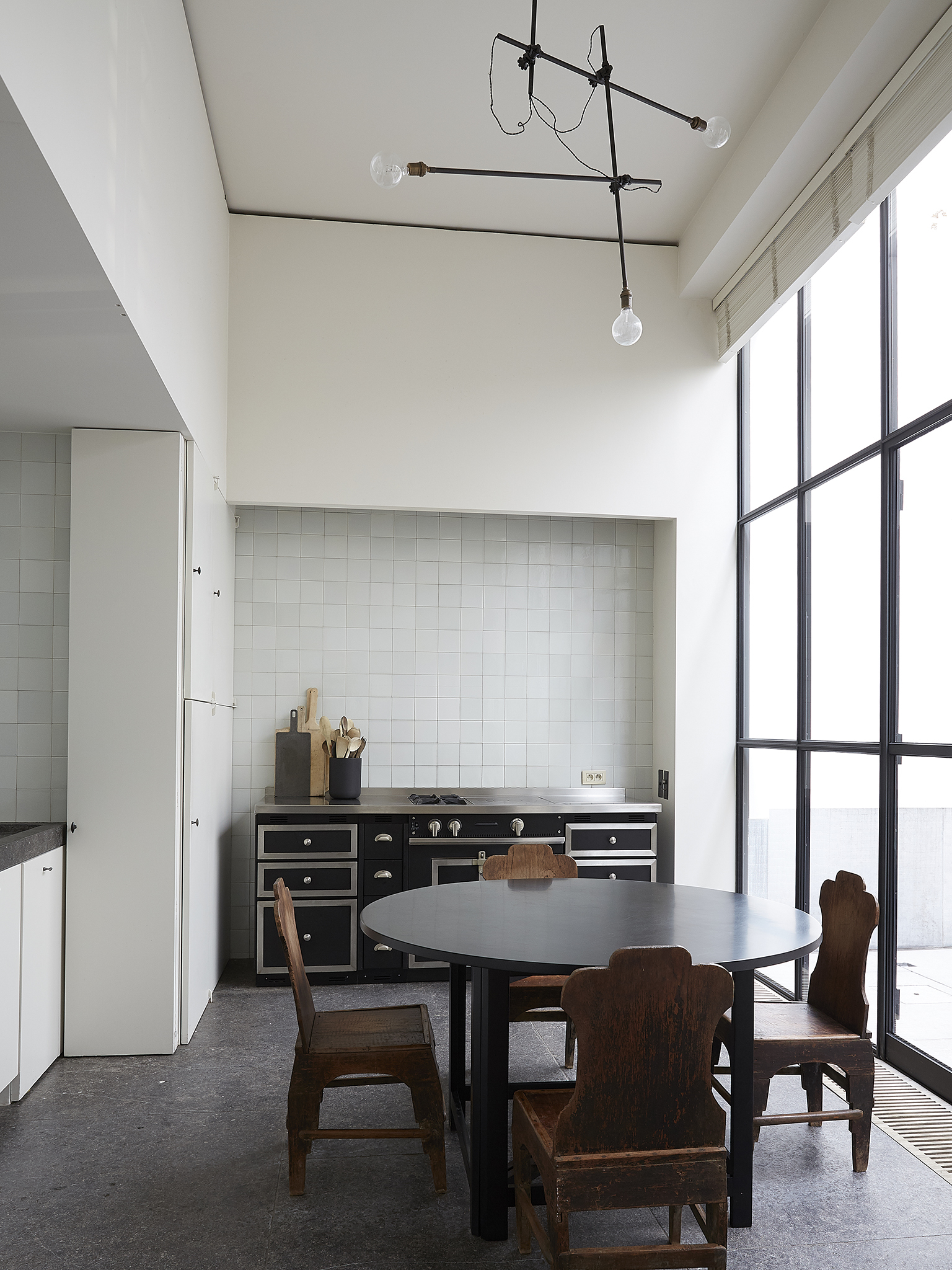 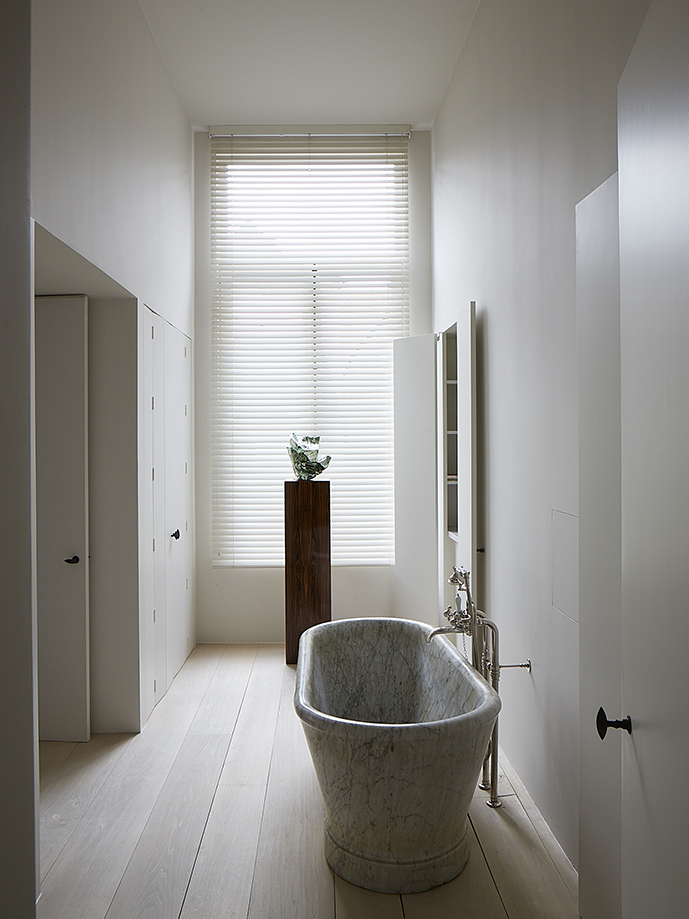 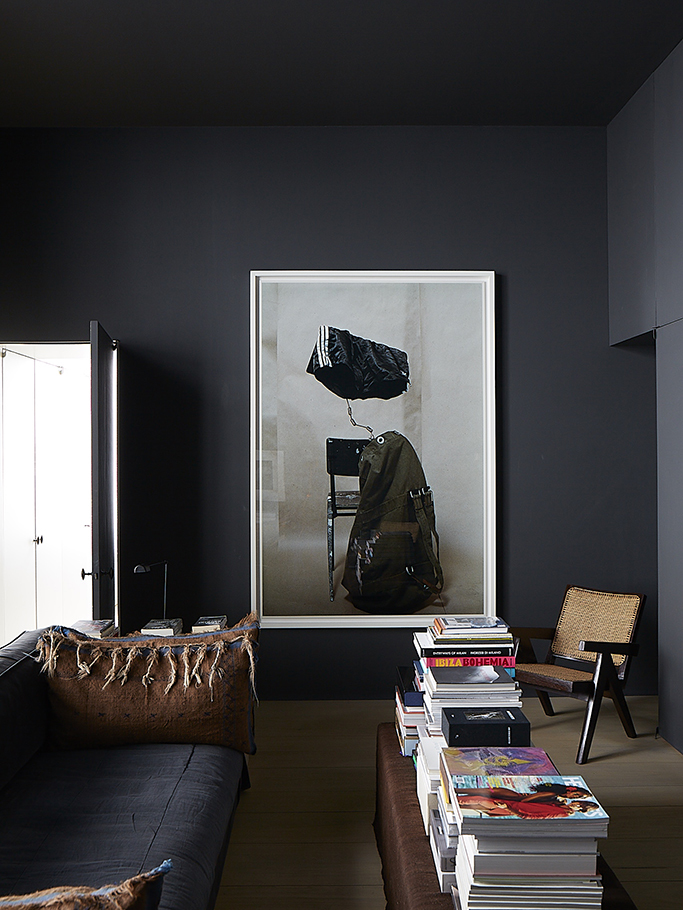